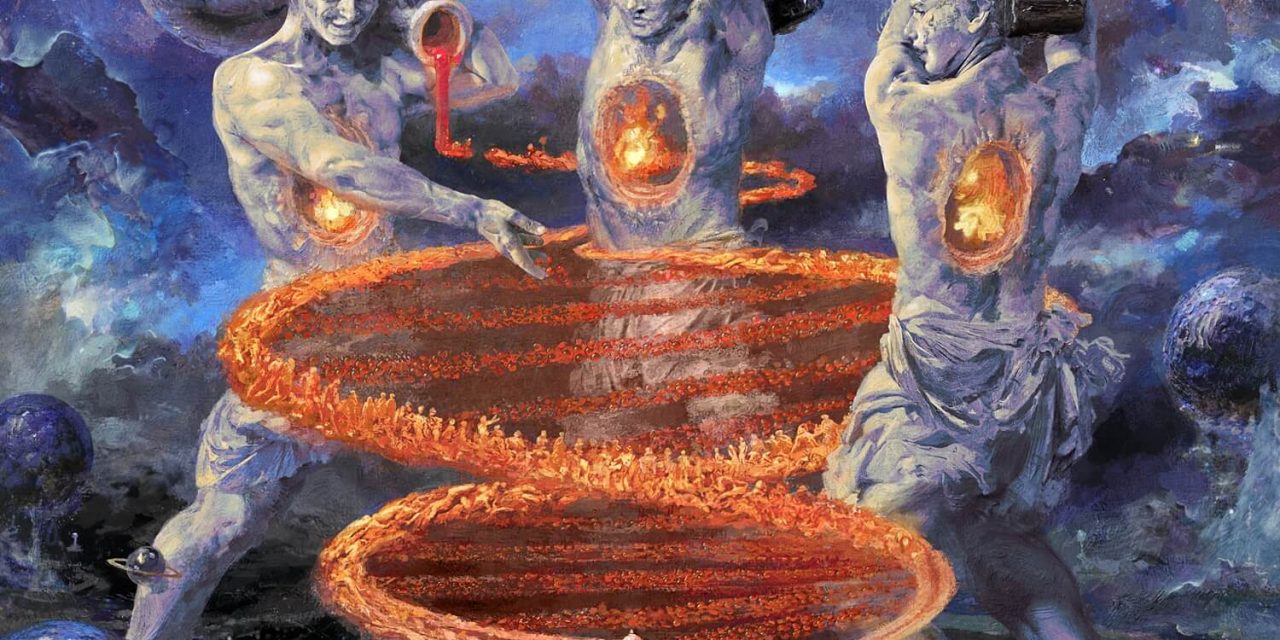 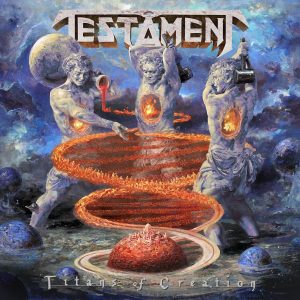 Released a few weeks ago, Highwire Daze was able to obtain a copy of Testament’s latest offering, Titans Of Creation. Without ever repeating themselves ,they always sound like Testament. This band is on fire.

From beginning to end they continue to build their thrash progressive platform. Chuck Billy is singing better than ever executing his lyrically graphic images. Some really abstract guitar soloing from Alex Skolnick on track three, simply brilliant. This album also has some of the most wicked drumming I’ve ever heard from Gene Hoglan. Would give anything to witness a rehearsal.

Produced by Chuck Billy, Eric Peterson and Juan Urteaga, I think the collaboration between them gives the best of what the band is capable of sounding live. This is the first time they have recorded more than one album with the same lineup since The Ritual. While I was listening, I felt there was just a slight reference to the band Ministry. By the last track, you finally get to take a breath to find a very unexpected ending. The album is an hour long so be sure to leave time to experience all of it. Like a great book, I could not divert my attention to anything else. This being Testament’s thirteenth record, could be my favorite to date. Can’t wait for them to start touring. 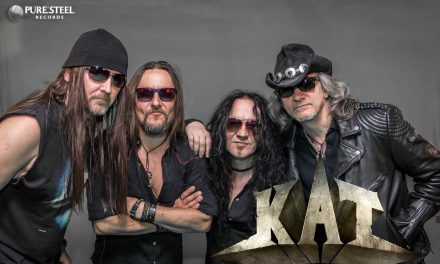 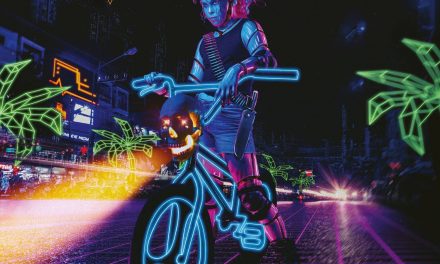 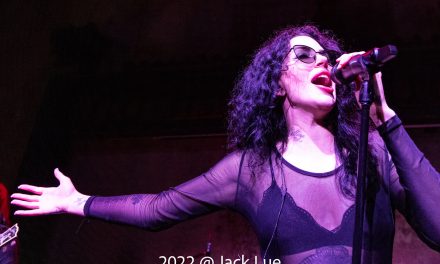