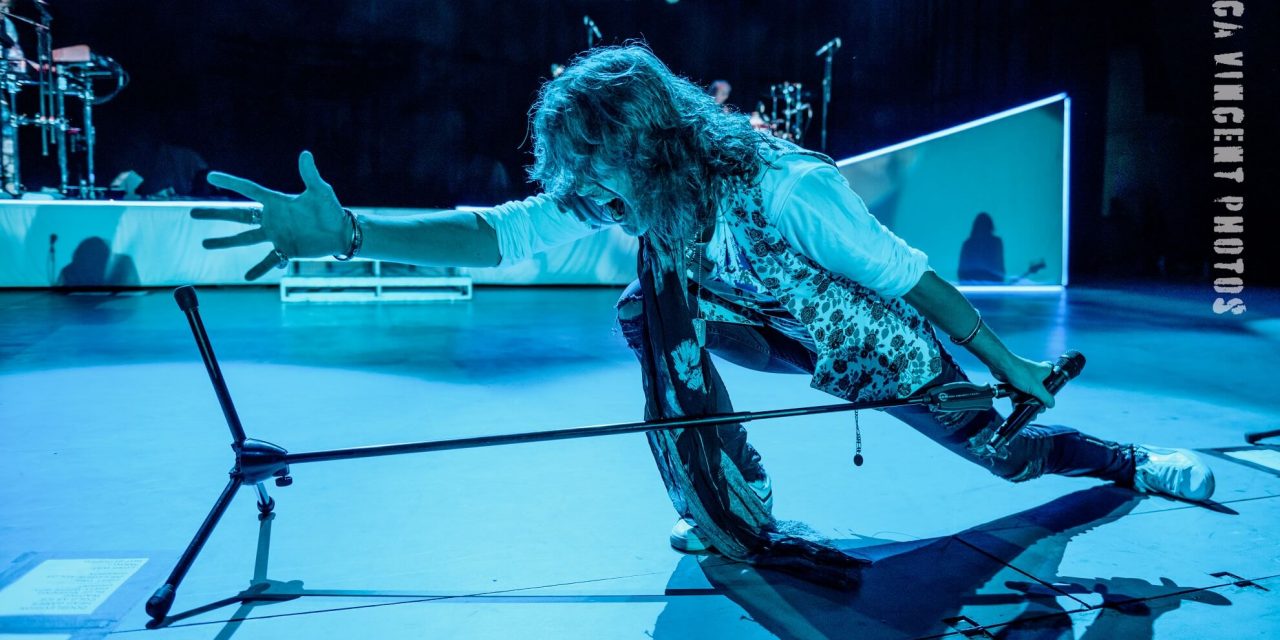 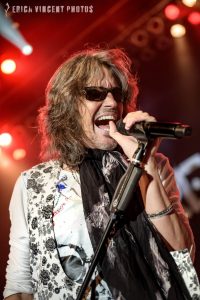 Shows at the Greek Theatre in Los Angeles, CA, are always some of my favorite. The staff are professional and helpful, the venue is gorgeous, and the lighting and sound are always on point. This Friday night at The Greek was extra special for me. I grew up with rock and metal music in my house, and a few bands were on constant album rotation. Foreigner was one of those. I used to sing and dance with my stepdad to their songs; my favorite was – and still is – ‘Cold as Ice.’ A few days later, I am still on Cloud 27 over the show I experienced.

Foreigner truly needs no introduction. Their catalog extends over 40 years and is astounding with the number of chart-topping hits. The Greek Theatre holds approximately 6,000 fans; Foreigner had no problem selling this out. The crowd was electric with excitement, everyone forgetting that there is still a pandemic going on, escaping the daily grind – instead, they were mingling with fellow fans and staff. Finally, the lights go down, and the crowd erupts in cheers, drinks in the air. Lights flash out, and Kelly Hansen is jumping onto the stage for ‘Double Vision.’ When I say jump, I mean he came running and jumping out like a teenager. The supporting band members Jeff Pilson, Michael Bluestein, Chris Frazier, Bruce Watson, and Luis Maldonado joined Hansen on stage, engaging with the crowd. Everyone in the crowd was dancing and singing along. You can expect an electric set of hits, and a fun performance from all the members. You’ll be whisked away into the night with Foreigner’s hits; and remembering what seemed like simpler times. 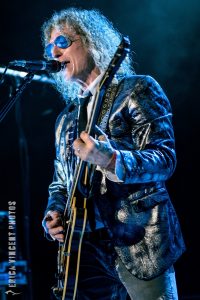 This tour is labeled as “The Greatest Hits,” and that is just what it is. ‘Double Vision,’ ‘Cold as Ice,’ ‘Blue Morning, Blue Day,’ ‘Juke Box Hero,’ and ‘Hot Blooded’ are just a few from the list for this show! The show was hit after hit. How could it get any better? I promise you it does.

The only remaining original member, Mick Jones, has had health issues for several years, even undergoing some pretty serious surgeries. Whether or not he would play was dependent on how he was feeling. He truly is the architect of the extraordinary catalog of Foreigner’s hits. The audience at the Greek was granted with a fantastic appearance of Jones. Well, not only an appearance; Jones also played for a good amount of the set. I watched in awe as he played, feeling grateful for the opportunity to see him play again.

The tour is a must for all Foreigner fans to see. I’ve heard some complain about the lineup change; Kelly Hansen isn’t Lou Gramm, but hell, he’s close and puts his all into it! This won’t stop me from seeing another Foreigner show, and it shouldn’t stop you! The chemistry of the members on stage is pure perfection. The U.S. tour is going now and ends in late November. Go to a stop or five on this tour; sing along, dance, and have fun. 10 out of 10 – A must-see show.

All That Remains at Las Rageous Festival – Live Photos 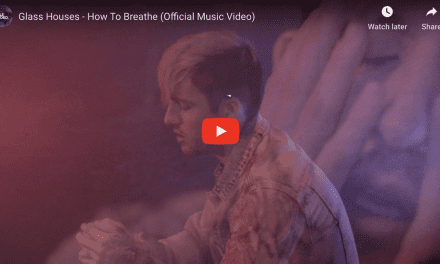