The Celtic Metal Creation from Hand of Kalliach 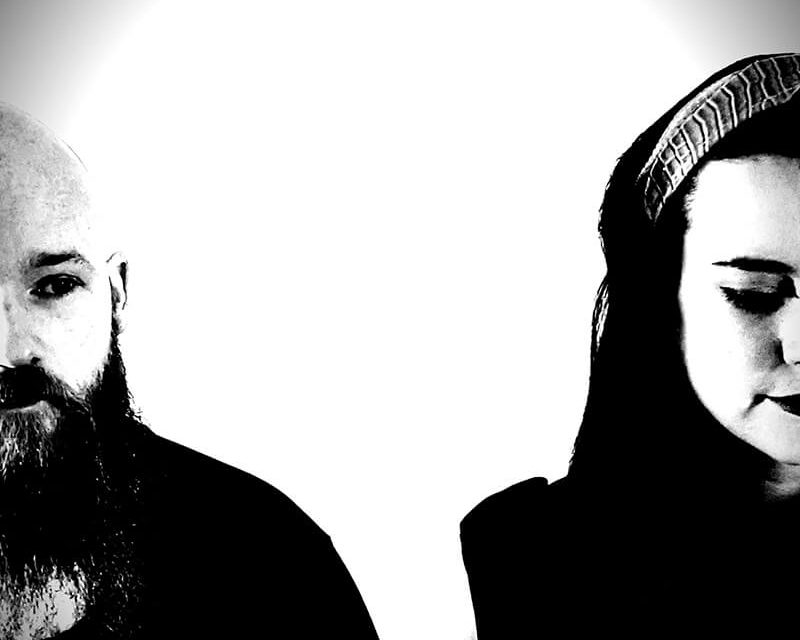 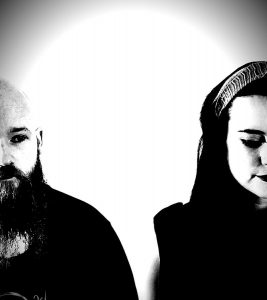 The Celtic Metal Creation from Hand of Kalliach

Hand of Kalliach is a husband-and-wife atmospheric Celtic metal duo from Scotland whose auditory symphonies are absolutely wondrous to behold.  Their intoxicating debut EP is entitled Shade Beyond and and it’s adventurous spirit is destined to enrapture music fans all over the world.  The duo has also recently issued Cinders, a brand new single showing yet again just how imaginative and compelling the Hand of Kalliach experience is.  Highwire Daze recently interview John and Sophie Fraser to discuss their grand and dynamic Celtic Metal creation known as Hand of Kalliach.  Read on…

Introduce yourself, tell me what you do in Hand Of Kalliach, and how long the band has been together.
Sophie: Hi Ken, thanks for having us on! I sing and play bass, and John does the guitars, drums and more vocals.

John: We started writing seriously just back in summer 2020, and launched our debut EP Shade Beyond in December. But, we’re married, so I guess the band’s been together for a good few years now!

Where is the band based out of and what is your local music/metal scene like there?
Sophie: We’re based in Edinburgh, Scotland, which is quite a European-style city, with a lot of arts and culture representation, including music. Scottish folk music is very popular here, but there is definitely some good metal representation, if you know where to look!

John: Yeah, there is a healthy metal scene in Scotland, but like many smaller cities it is underground for the most part in Edinburgh. However, you can definitely find a few metal venues in each major city, and bands that play them, and their styles are very diverse. That said, with the COVID restrictions in place for over a year here now, it’s sadly been some time since we were able to get involved in the scene…!

Is there any overall story or concept behind the Shade Beyond album title?
John: I would say it’s quite abstract, but ‘Shade Beyond’ is about looking into the future, and seeing something ominous, and foreboding. Whether that be a future you know, or predict, or fear will occur.

Sophie: That can of course mean a lot of different things to different people, but that ambiguity is something we’ve always loved about music. More broadly, there’s a lot of themes around landscapes, history and mythology across the EP, which varies across the various tracks. 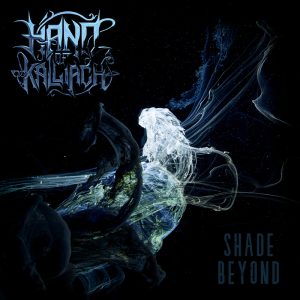 Select two songs from Shade Beyond and what inspired the lyrics.
John: In Tempest Wrought is inspired by the islands off the west coast of Scotland, where I have family on the Isle of Islay. It is a bit of a nexus of cultures, from Scottish, Irish and Norse heritage, and there is a huge amount there to inspire. The seasons there can vary tremendously in terms of weather, from extremely calm, warm days to some of the worst storms that can be found in the UK. The name ‘Kalliach’ itself is a play on the word for an old Scottish hag god of winter, called the ‘Cailleach’. In Celtic mythology, she lives at the bottom of a whirlpool of the coast of Islay, and the story goes she emerges from the whirlpool to usher in winter.

Sophie: Whilst she has a lot of bad connotations in folklore bringing the destruction and death that accompanies winter, she is also a creator deity that helps nature and nurtures life through the darker months. The dual nature of this primitive, sometimes benevolent, sometimes malevolent being was a key inspiration for our sound, which we also tried to reflect in track 4, White Horizon, with the dual vocals alternately reflecting those two aspects of the Cailleach, and, by extension, nature itself.

Who did the cover art for Shade Beyond and how much input did you have on it?
Sophie: We actually made the artwork ourselves with one of John’s friends, it’s actually white ink in a big tank of water with the lights off! We really wanted to capture the atmospheric vibe of the EP, with reference to seas, space and time, and of course the central focus of an abstract interpretation of a Cailleach-like female deity.

John: We really value and appreciate good music artwork, since it’s frequently the only visual cue for the listener as to what you are trying to convey in the music – it should fly a banner for what you and your music is about. Since we were trying to do something with a lot of atmosphere, and a bit different to what might be out there already, we wanted the artwork to be reflective of this. Whilst it took a lot of time to get right we’re really happy with the result, and if it prompted some interest then that’s great!

You have a brand-new song out entitled Cinders. Tell me a little about that song and could we expect another EP or album later on in the year?
John: With Cinders, we wanted to take the best elements that people loved and fed back to us about from Shade Beyond, and compress all those elements into one three-minute breakneck track. We wanted to challenge ourselves to see if we could cram in blastbeats, fast riffs, solos, melodies and dual vocals all into the one song, and we’re really pleased with the result!

Sophie: We’ve never spent so much time getting a track right, but as John says we are super happy with how it came out. It’s had a great reception since launch, with a lot of radio play and it even hit #1 on the SubmitHub Hard Rock and Metal ‘Hot or Not’ Charts, which we were absolutely stunned by! And yes, we are absolutely working up another release, we are hoping for a full length to be ready before the end of summer.

What was it like to write and record new music in the middle of a pandemic and so much social unrest in the world?
John: Honestly, it was really pretty cathartic. It was a welcome release from everything going on around the world currently, we found writing about more primal concepts to be a welcome escape.

Sophie: It’s been such a strange time for the whole world and we felt very mortal, quite raw for a lot of it but also so appreciative and reflective of where we live and the culture and history. I think this headspace comes through in the music we’ve made, and it has been really quite therapeutic.

What could one expect from a live Hand of Kalliach show?
Sophie: We would love to play gigs at some point, and there are loads of cracking metal venues that we would be honoured to play at once they have opened back up from COVID closures, both in the UK and further afield! It’s a bit tricky as John plays most of the instruments himself so we would need to figure out some delegations of responsibilities for gigging!

John: Yeah, we definitely are intending to take this to the stage at some point once things open up again, and as Sophie says we’d need to recruit a few willing volunteers to fill out the instruments outwith the studio environment. But really looking forward to getting there!

If Hand of Kalliach could open for any band either now or from the past, who would it be and why?
John: We’ve always said it would be amazing to go back in time to one of the early Sabbath gigs, or any other key metal pioneers, and show them the really diverse range of metal that exists today.

Sophie: And then tell them this is what they’re starting the world on the path to! It would be amazing to see the reactions, although in fairness they might be pretty confused by atmospheric Celtic metal…!

Are you involved with any bands outside of Hand Of Kalliach?
Sophie: John has previously played a fair amount in metal bands in the UK, but this was the first one I’ve been involved in. It’s been a learning experience!

John: I played a lot more in my teens and early twenties, and did a bit of touring with one of them. I was predominantly drumming for grindcore and speed metal bands so quite different to the sound we’re going for now, but it’s been great writing with just the two of us, we can be extremely efficient from idea to recording.

What do you hope the rest of 2021 brings for Hand of Kalliach?
John: No rest for the wicked! We are hugely motivated by the response to the EP and the recent single to keep writing and see where we can take the sound. Shade Beyond was almost completely a DIY work from start to finish, so we’re really excited to be already working with some engineers for the future releases.

Sophie: We’re working on a full length album which is really exciting. We have so many ideas that we need to get recorded and pushed out before having a break, I think the adrenaline is keeping us very motivated! On top of that, we’d love to get some gigs in once venues reopen… So watch this space!

Any final words of wisdom?
John: We would like to say a massive thanks to all of those that have supported us so far, including writers like yourself – we are incredibly grateful for it and really appreciate those that champion the metal underground.

Sophie: Agreed, the international metal community has been so welcoming and encouraging, so thank you. If any of your readers want to be kept updated they can follow us on Spotify/Bandcamp and our social media channels and they’ll be the first to know when we’ve got new releases!

Thank you for taking the time to answer these questions!
John: Thanks very much for having us Ken, we appreciate it!

Sophie: Yep, all the best to you and your readers! 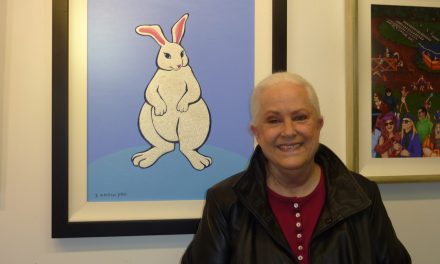 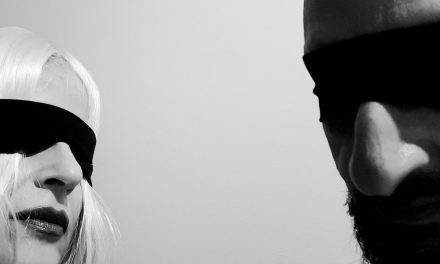 DPERD out on December with “Monsters” 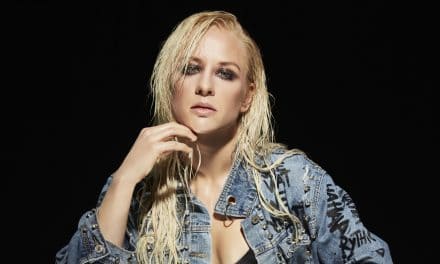