Fearlessly Into The Unknown with Lower 13 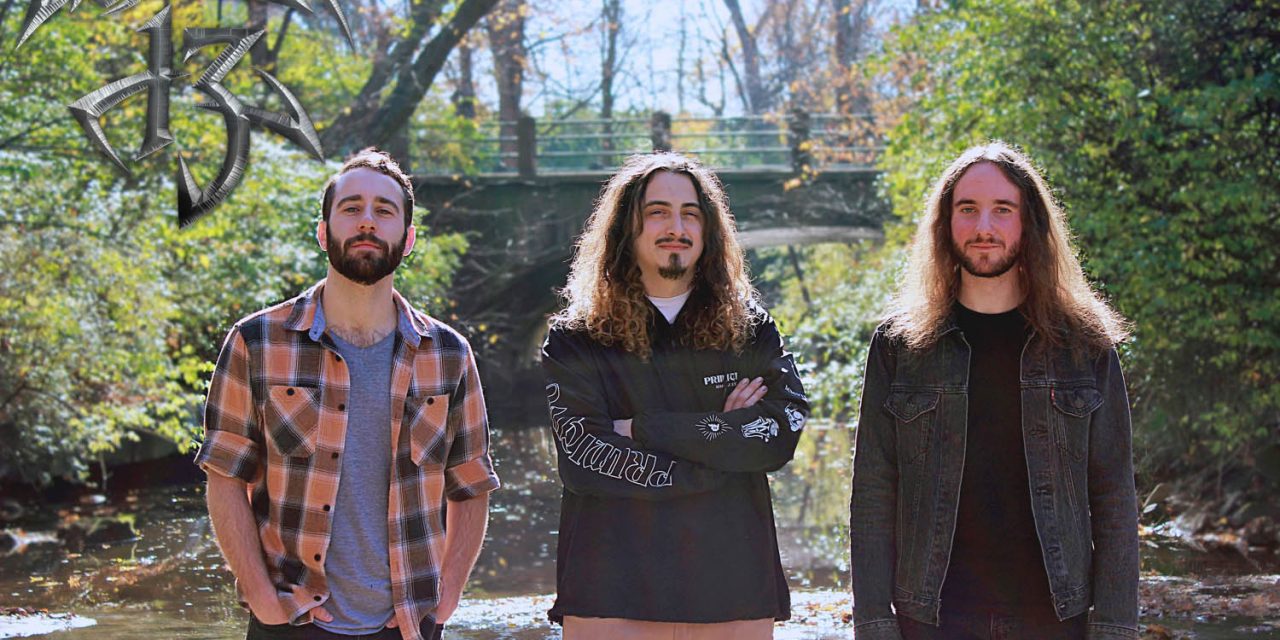 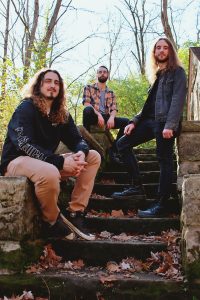 Fearlessly Into The Unknown with Lower 13

Lower 13 present their own gripping amalgamation of melodic metal, progressive rock, and metalcore that will surely thrill the senses and set the imagination in flight.  Embrace The Unknown is the name of their latest magnum opus, now available worldwide via Pure Steel Records.  Presenting the power trio at the very height of their creative prowess, Embrace The Unknown was completed in the midst of these pandemic days, jammed packed with instantly memorable tunes.  Highwire Daze recently caught up with the almighty Lower 13 to find out more about the raging artistry found within the realm of Embrace The Unknown, recording in the age of Covid-19, opening for the likes of Soilwork, and a whole lot more!  Read on…

Introduce yourself, tell me what you do in Lower 13, and how long the band has been together.
My name is Eric & I play the drums. The band started on 3/17/2006 when we were in middle school, and it has been us 3 since the beginning!

Where is the band based out of and what is your local music scene like there?
We are based in Cleveland OH. We have a great metal scene here full of the many metal sub genres. Cleveland is a hot spot for metal, I think more than people from out of state truly realize. There’s a lot of great talent to be found here!

How did you wind up signing with Pure Steel Records?
A friend of ours in another band signed with Pure Steel awhile back. In recent years he has worked further with them as an ambassador of the label, recruiting other bands in our scene that he believes in. Through him, we started communicating with Pure Steel, and they were interested in our last record “Restore The Order” that we released independently in 2016. The label put it out internationally in 2019 while we were writing our new album “Embrace The Unknown” which was truly exciting! In the midst of the pandemic, we reached out to them about the new record and we fortunately were able to make a 2021 release date happen. We couldn’t be more thankful!

Is there any overall story or concept behind the Embrace The Unknown title?
We named the album after the song (Embrace The Unknown). We felt that the song, both musically & lyrically represents the sounds & themes that you will find on the whole record. Its about loss, and feeling stuck. Working to move on from that negativity, and to start embracing the better things to come. 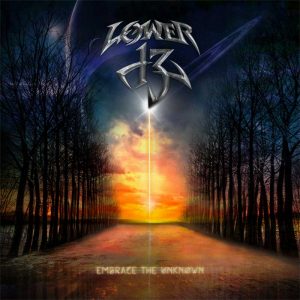 Select two songs from Embrace The Unknown and what inspired the lyrics.
My band mates wrote the lyrics for the album, so I’m going to let them take the floor here.

Darker Days Ahead: (Sean Balog – Bass/vocals): “The verse and the chorus go back and forth between being defeated and worn down, to overcoming and moving on. The song is about the fact that when we’re at our lowest, the only way out of that rut is to pick up the pieces and try to move forward.”

Continue on: (Patrick Capretta -Guitar/vocals) “The song is about how life is quick, so you might as well work on overcoming any obstacles in your way. Some outcomes may be good, and some bad, but you should do something with the time you’re given to make your mark on the world.”

Who produced Embrace The Unknown and what was it like working with them?
We worked with our longtime producer Noah Buchanan at Mercinary Studios (Avon OH). Embrace The Unknown is now the third album we’ve recorded with him! We have a great working relationship, and always have a blast together. He knows our sound, and what we’re capable of as musicians. He pushes us to do the best that we can! He also directed, shot & edited our music video for the title track. He did a killer job! In my eyes, he’s as much apart of our team & sound as my band mates. I couldn’t imagine working with anyone else.

Who did the cover art for Embrace The Unknown and how much input did you have on it?
Augusto Peixoto (IrondoomDesign) did the cover art. We pitched the initial concept and color palette to him, and he came back with a few drafts. Through its creation, we had creative control with edits until we all agreed on the final piece. I love the colors, and I’m really happy with the way it came out. I also like the sword texture he did on our logo, which is actually very throwback to the way some local artists have depicted it over time. The artist who actually came up with our logo years ago did a hand drawn rendition of it that looked like a sword too, which we have hanging up in our practice space.

What was it like working on an album in the middle of a pandemic?
It was odd, and of course a bit frustrating. We started tracking drums the very beginning of January 2020. We got through bass, and I think we had just started on guitars when the lock down started. Thankfully when things started opening back up a bit a few months later, we were able to complete tracking. The pandemic further delayed things as far as the release itself. We also wanted to hang onto the music a bit before releasing it, in hopes of being able to play shows again alongside the album release. Thankfully, our local music scene is coincidentally returning to normalcy right around the same time. At this moment we couldn’t be happier with the way everything is turning out!

What could one expect from a live Lower 13 show?
No gimmicks here. One can expect a balls to the wall, high energy live show! 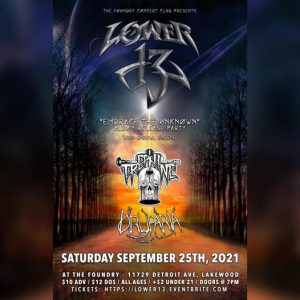 What was it like opening for Soilwork and Unearth, and did you get to meet or hang out with them at all?
That was an awesome opportunity that we will never forget! “The Living Infinite” by Soilwork had a huge impact on us when it came out, so playing with them was a huge deal for us. Pat loves Unearth, and for me, seeing Jordan Mancino from Wovenwar on drums for them was a treat. Overall, seeing both bands on the same stages we had played was a truly a surreal moment. Unfortunately we did not get to meet any of the members, but that would have been awesome!

If Lower 13 could open for any band either now or from the past, who would it be and why?
I would have to say System of a Down! When we started the band, we played almost exclusively System covers. “Sugar” by System is actually the first song we ever tried playing as a band when we were just 14 years old. They had a big impact on our sound, and we are still huge fans today! We actually cover “Cigaro” from System of a Down, and recorded a version of it in recent years which can be found on YouTube.

Are you involved with any other bands or projects outside of Lower 13?
Not at the moment. I filled in on drums for a friend once, but otherwise I have been monogamous with Lower 13 since we started over 15 years ago.

What’s up next for Lower 13?
We have an album release party on 9/25 near our hometown which we are prepping for. It’s our first show in nearly 2 years due to the pandemic, so we’re chomping at the bit to get back out there! After that we plan to play out more, and also get back to writing music here soon!

Any final words of wisdom?
To those in bands, do it because you love it. Never lose sight of why you started playing music in the first place. Always be humble, and continue being a fan! 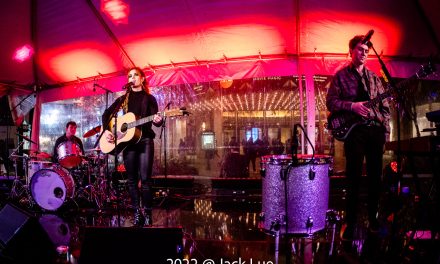 Bad Boy Eddy: Hard Rocking the Bay Area and Beyond

Skillet at The Grove Of Anaheim – Live Photos