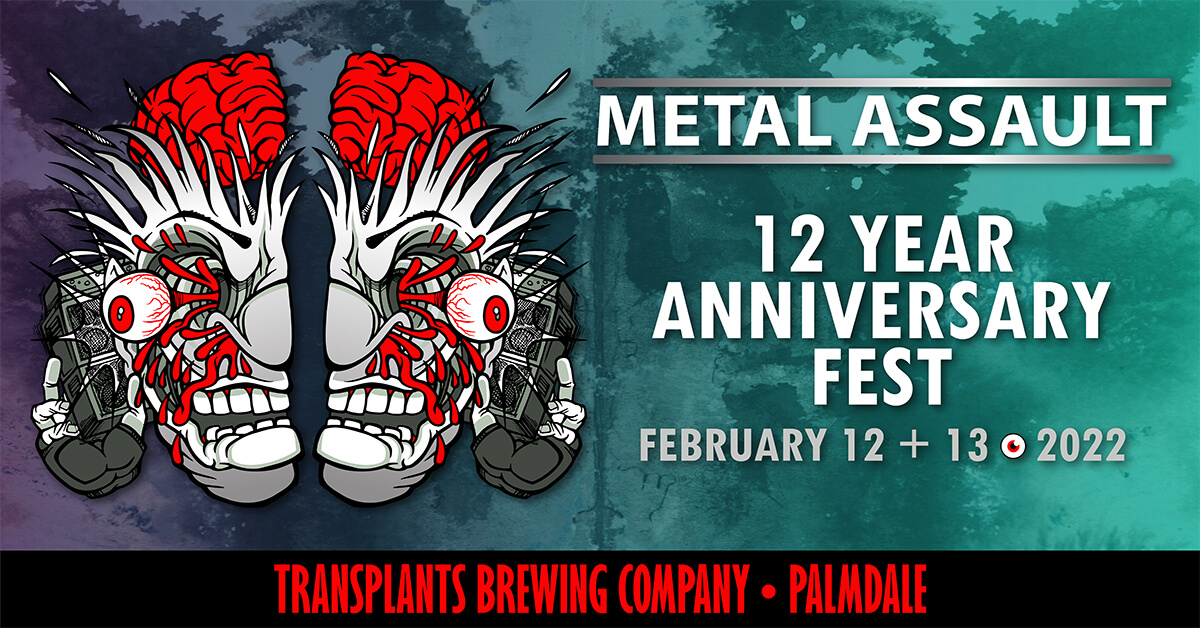 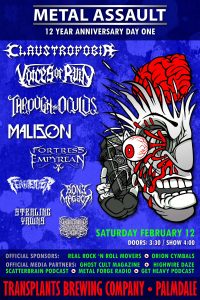 Los Angeles, California based metal blog turned record label Metal Assault will be celebrating the 12-year anniversary of its February 13, 2010 inception with a festival, February 12 and 13 2022 at Transplants Brewing, a brewery plus live music venue in Palmdale CA. In addition, Metal Assault is also hosting a pre-party on Friday February 11, at Supply and Demand in Long Beach CA.

The weekend will feature an eclectic assortment of 22 bands, including several representatives from the Metal Assault Records roster, as well as some non-roster bands that Metal Assault has supported and worked with over the years, plus a few local opening acts.

Metal Assault owner Aniruddh “Andrew” Bansal says about the festival weekend: “I’ve devoted the past twelve years of my life to promoting heavy metal, and I find it only fitting to celebrate this 12-year anniversary of the launch of Metal Assault, with the biggest event I’ve curated till date. I’m delighted to have put together a lineup of bands that people will most certainly enjoy from start to finish, across the entire weekend. And what’s more, in collaboration with Transplants Brewing, Metal Assault is launching its very own beer!“

Metal Assault x Transplants Beer Collab Launch: In addition to the live music entertainment, the festival will also launch a Metal-Assault-curated beer, brewed in-house at Transplants Brewing itself. The name of the beer and other details will be revealed in January. 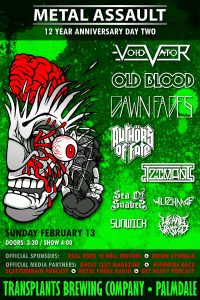 The full band lineups for all three days are hereby announced for the first time:

Tickets for the pre-party, and single-day and two-day passes for the festival are now on sale. 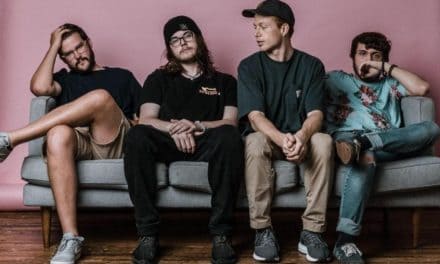 Aegean Sorrow by On Thorns I Lay (Alone Records)