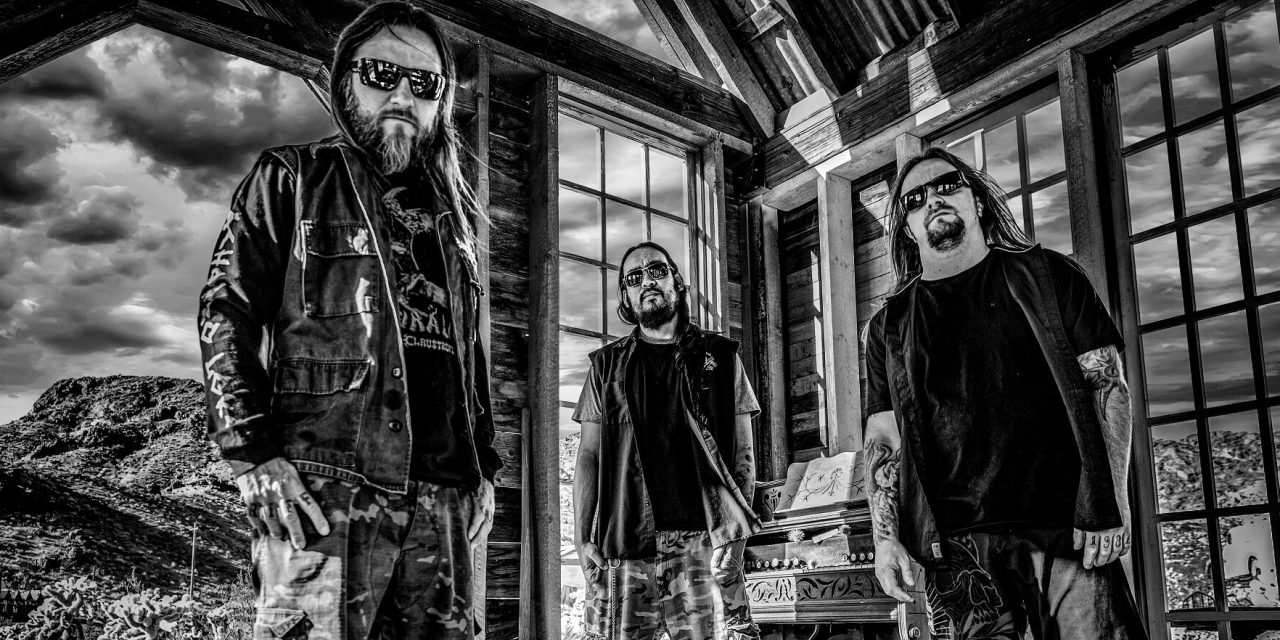 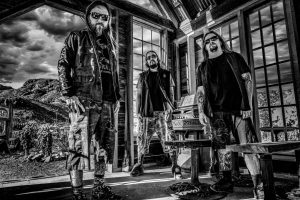 Introduce yourself, tell me what you do in your band, and how long the band has been together.
My name is Marcus Demetrius D’Angelo and I’m the founder/guitarist/vocalist of Claustrofobia. I founded Claustrofobia in 1994 in Brazil when I was just 13 years old. Since then, the band has never had a break, we released some demo tapes in the 90’s but the first official full-length album was officially released in the year 2000. It’s basically 28 years of activities and it can sounds old, but we were just kids when we started this band, and we still feel young enough with the same passion for Metal. The tank never got empty.

How did you wind up being connecting with Metal Assault Records?
We’ve been based in Las Vegas since 2018, we were looking for a serious record label to release our seventh album. I’ve been talking to a lot of people, from small to major record labels, so one day talking with my friend Dylan (Beekeeper’s drummer) I asked him about MAR. He made the connection between I and Andrew, so I started to follow MAR’s work and I identified myself with the work posture and the way how Andrew faces the art and the underground. When I had my first conversation with Andrew, I stopped looking for another label and here we are.

What is the name of your current or upcoming album or EP and what inspired the title?
Our new album is called “UNLEECHED” and it’s actually a word that doesn’t exist but that carries a concept. All our albums reflected a lot of our personal life and the moment, so this one could not be different, in a short term, it means something like: “all the leeches were removed from our lives” which can mean all kinds of bad things like addictions, bad thoughts, bad friends and/or things that can put us down…but at the same time the meaning of cure. In the medicine they can use leeches to cure sickness. So, this title can make people think about a lot of things from different point of view.

Freedom and cure are the vibes of this album for us. It is finally the beginning of a personal and spiritual regeneration.

What are you looking forward to the most about playing the Metal Assault 12 Year Anniversary Fest?
It will be a great opportunity to strengthen ties with the label and its bands as well as all the followers of MAR’s work, as well as bringing our fans and friends together with all of this. I’m sure it will be a memorable night.

Select two songs you might be playing at the Metal Assault 12 Year Anniversary Fest and what inspired the lyrics.
Possibly we will play the two recently released singles that will feature on the new album. “Neuro Massacre” is a typical self-destructive and wrathful thought, which comes from unresolved experiences that can come from the family’s upbringing or simply bad influences or weaknesses of the spirit, it’s an abstract lyric that reports well the harm that thinking can bring to the life and destroy our emotional making us unbalanced. “Corrupted Self” has an epic solo by Marc Rizzo (ex Soulfly/ Cavalera Conspiracy) and the lyrics are more about the person criticizing the corruption of the leaders a lot but in fact he is corrupted himself. It was a lyric more inspired by what happens in the third world, in this case Brazil. People attack each other and don’t get that they are enslaved by corruption.

What could one expect from your live show at the Metal Assault 12 Year Anniversary Fest?
We will 100% delivery of pure Brazilian Brutal Metal style and we hope to receive this energy back. I wanna see everybody having fun and planting new seeds for the new future. After two crazy years without shows we need support the Metal more than ever.

What’s up next for your band after the Metal Assault 12 Year Anniversary Fest?
We are currently finalizing all the details for the official release of the album on March 11th. We have plans for two video clips and we’re talking to MAR about some release party/shows for the new album and an extensive tour in the middle of 2022. We can’t wait to make things happen. See you in the pit.

A Friend, A Foe at Las Rageous – Live Photos