Slaying Gods with the Almighty Powergame 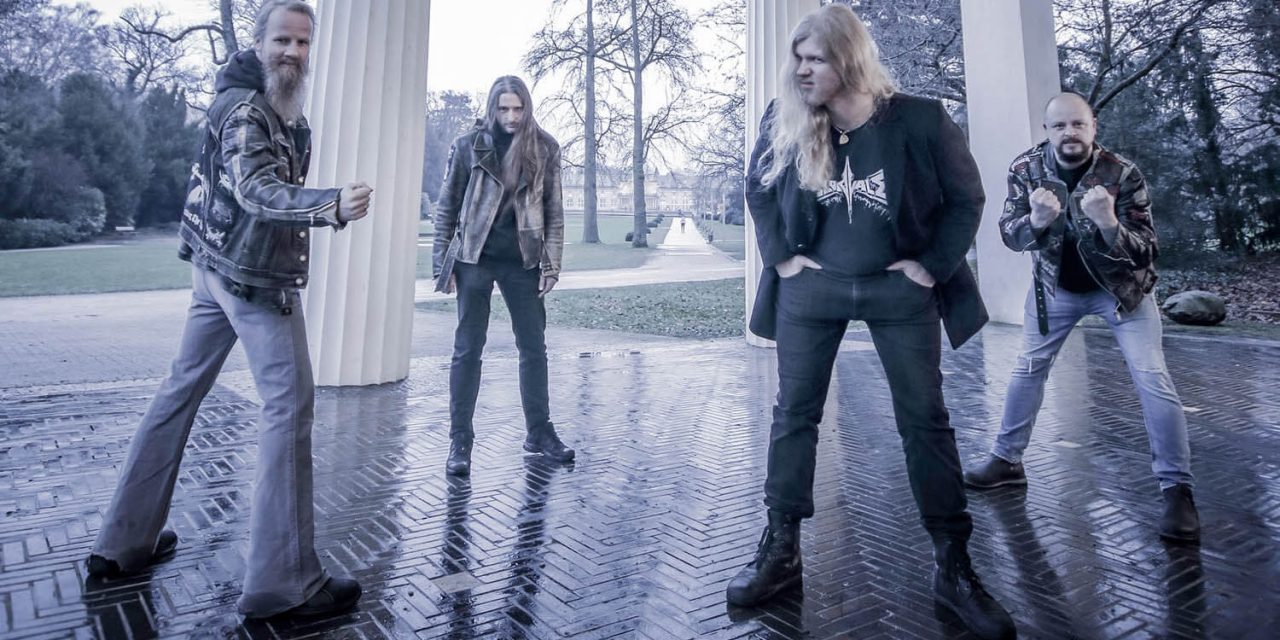 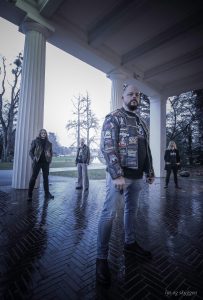 Slaying Gods with the Almighty Powergame

Powergame from Germany unleashes sheer sonic intensity upon this great big world at large.  Mixing in a massive dynamic of thrash and power metal, Powergame is a raging machine ready to make a definitive impact.  Their latest magnum opus is entitled Slaying Gods, a ripping slab of heavy metal glory now available via Iron Shield Records!  Highwire Daze recently interviewed founding member Matthias Weiner to find out more about the almighty Powergame and their Slaying Gods manifesto.  Read on…

Introduce yourself, tell me what you do in Powergame, and how long the band has been together.
My name is Matthias Weiner, nickname Matty. I am the founder of the band, singer and lead guitar player. I write all the lyrics and most of the music. The band celebrates its 10 year anniversary in 2022. There were lots of line up-changes throughout the years, but by now we are a really strong unity of force.

Where is the band based out of and what is your local music scene like there?
We live in Bielefeld, a city that is based somewhere between Dortmund and Hannover. The local scene has lots of bands of all genres, many of them play Black and Death Metal. I’d like to recommend Wilt, a Death Metal-band in the vein of the classic Swedish HM2-sound, Dust (Doom), Torian (Heavy Metal; not based in our hometown but close enough to mention them), Vyre (interstellar Black Metal featuring our drummer Klaus-Gerald), Bloodvale (technical Thrash Metal featuring our lead guitar player Marc-Philipp), Pankration (they call their sound Bare Knuckle Rock ‘n‘ Roll) and not to forget Lost World Order, a Thrash-band three of us used to play in before it disbanded. Of course there are tons of more bands, and most of them are worth being checked out.

How did you wind up signing with Iron Shield Records?
That was actually quite unspectacular. We had just recorded our 2019 album Masquerade and asked Iron Shield if they were interested in releasing it. The rest was history. It is a really cool label that stands behind its artists, there is lots of passion in their work. We trust each other, and for the new album Slaying Gods they will do the vinyl version as well as the CD. For the last album and the follow-up EP The Lockdown Tapes they released the CD each, and the vinyl-versions were released by Fucking Kill! Records. 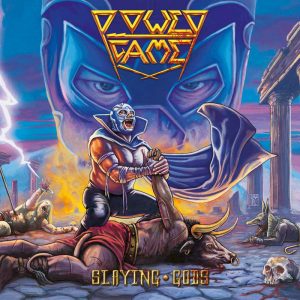 Is there any overall story or concept behind the album title Slaying Gods?
Not really, I write about real happenings as well as fantasy stories. The title is about letting go of old idols who prevent you from developing, staying true to yourself and living a happy life. That can be religion, cultural constraint, spiritual or political leaders, approved solutions to problems of any kind, maybe your parents or teachers. This is a classic Heavy Metal-topic straight from the Eighties. It may seem a little odd because I’m already 44 years old, but on the one hand I’m an old school Metalhead and on the other hand I work as an engineer, and for my job it is important to give new ideas a chance. Ironically, I wear band shirts on a daily basis, collect vinyl and wear my battle vest regularly. This is part of the Heavy Metal-uniformity, and although it is contrary to the lyrics of the song I’ll stick with it – just because I love it that way.

Select two songs from Slaying Gods and what inspired the lyrics?
Okay, I’d like to start with Fire In The Sky. The song is about the catastrophe of the nuclear power plant in Chernobyl. When I wrote those lyrics, it was a story with a historical background, just like a monument. Only a few months later the threat is actually real again. Putin invades Ukraine and even attacks a nuclear power plant although he should know what the aftermath can be like. What happens between Russia and Ukraine right now is just horrible and I really hope that it will stop as soon as possible. Putin is just a maniac, neither the Russian nor the Ukrainian people want that war according to my research. I feel really sorry for these people.

The other song I’d like to introduce is Twisted Minds. The lyrics deal with the latest happenings in Afghanistan when the Taliban invaded the country once again and threw it back to a status 20 years ago. In the last 20 years, people had been very successful in developing education and equalization, and all their achievements have been destroyed in only a few weeks.

Who did the cover art for Slaying Gods and how much input did you have on it?
The artist is Kostas Tsiakos from Greece, he is also responsible for the cover of The Lockdown Tapes. I gave him some rough ideas and pointed out that once again our mascot El Demonio Negro should play the main role. He came up with some sketches a short time after, we discussed it, chose one, and he finalized it. It hasn’t been necessary for the band to bring in much more than some rough ideas, Kostas is a very creative guy who presented a picture far better than we could have ever imagined ourselves.

What could one expect from a live Powergame show?
Regarding our band’s name you can expect lots of power! We will never play perfect, there will always be some small mistakes, because we move a lot on stage, we play with our hearts and souls and we’re just giving it all! 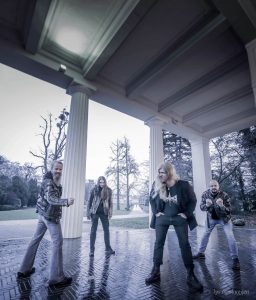 If Powergame could open for any band either now or from the past, who would it be and why?
Well, there are so many great bands out there. I’ll go with a newer band that I really love and name Night Demon. It would fit musical wise, and they play extremely energetic shows, too. Plus, they are really nice guys, Jarvis even contributed some guest vocals to our Tank-cover Shellshock.

What was the experience like recording The Lockdown Tapes and what made you decide to do the Tank cover Shellshock?
The Lockdown Tapes were meant as an interlude. We wanted to show that the band still existed and that we had been willing to deliver new music. Additionally, two of the songs on it deal with Covid-19, we felt the need to write about it and tell the people to stay strong during the pandemic.

We like to play cover songs, it is fun and an opportunity to learn something new and to develop as a musician. It has never been a secret that POWERGAME is heavily influenced by the NWOBHM, and Shellshock is a perfect example for what this movement was all about. Songwriting reduced to the max, a great main riff, a cool chorus and lots of raw punkish energy. Like a dose of amphetamines.

Are you involved with any other bands or projects outside of Powergame?
As mentioned above, there are Vyre, Bloodvale and Lost World Order. Some of us also are working on other projects, but there are no releases yet, and I have no idea how they will proceed. I started a project with a buddy of mine two years ago, there are 13 songs written that can be called Death Metal, but we haven’t found the time to record it yet.

You are now celebrating your 10-year anniversary as a band. What has kept you so passionate about Powergame and metal for 10 years and counting?
I listen to Metal for 31 years and play it for 30 years. There is no reason to stop either the one thing nor the other, for Metal is more than just music. It is a way of life, it is pure passion, and although there is a change of generations right now, there is still so much new music to explore, so many great bands to discover. It is like an addiction, and we can’t get enough of it. The same when it comes to POWERGAME. The band is an expression of our enthusiasm for the best music on earth. Tokyo Blade really got to the heart of it with the song we named the band after: ‘You love it, you need it, powergame!‘, hahaha.

What do you hope the rest of 2022 brings for you and Powergame?
I really hope that we can face the end of the Russian/Ukrainian war as well as the end of the pandemic as soon as possible. For me, my fellow musicians, friends, family and everybody else I hope for health, and when it comes to the band I’d love to reach as many people as possible with our new album Slaying Gods and play live as often as possible.

Any final words of wisdom?
Don’t let the madness get a hold of you, stand against war, donate for the victims if possible. Stay Metal, and listen to POWERGAME! 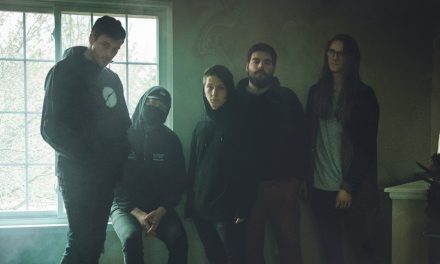