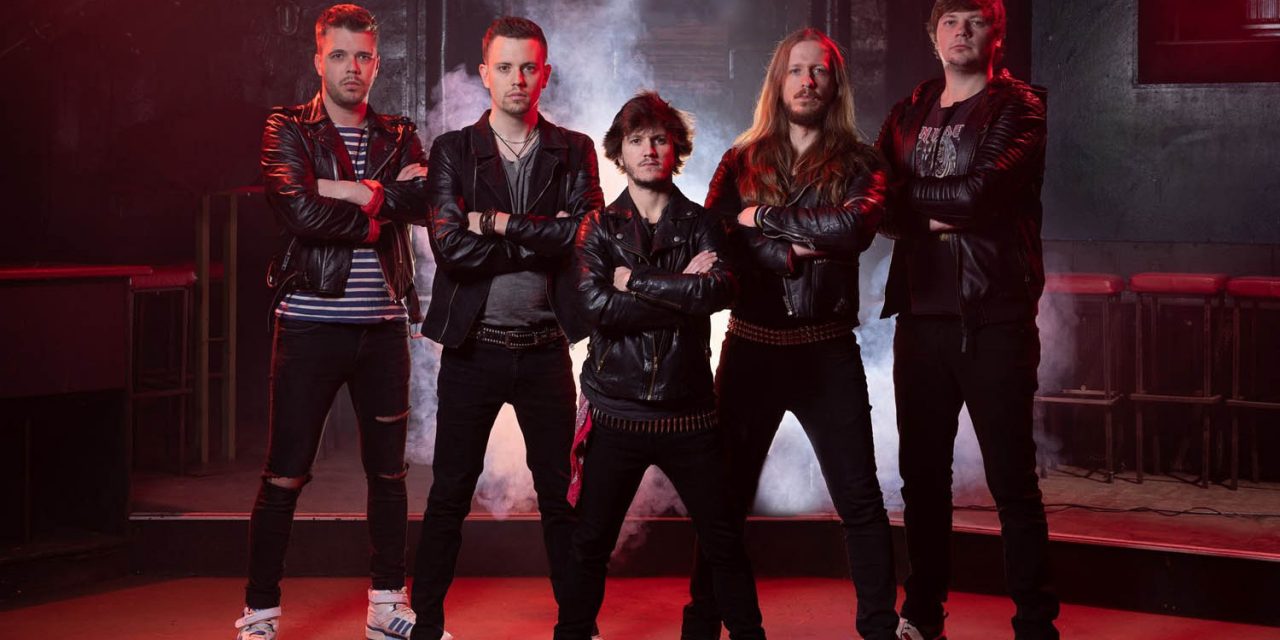 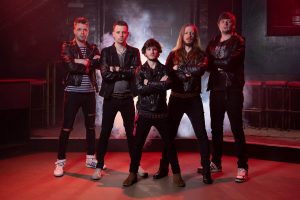 The mighty Blackslash was founded in 2007 at Donaueschingen, Black Forest, Germany – presenting their own intensive brand of classic heavy metal for the world.  No Steel No Future is the name of the band’s latest magnum opus, now available via Iron Shield Records!  Fans of legendary acts such as Iron Maiden and Thin Lizzy will want to check into the realm of Blackslash and discovery a new favorite band to rock out with!  Highwire Daze recently interviewed Clemens Haas of the Blackslash brigade to find out more about the making of No Steel No Future, possessing the same lineup since their inception, signing to Iron Shield, and other topics of intrigue.  Read on…

Introduce yourself, tell me what you do in Blackslash, and how long the band has been together.
Hey, thanks for having me today. I’m Clemens, singer in Blackslash. We have been together for 15 years already! Still sounds crazy to me… But I still love it!

Where is the band based out of and what is your local music scene like there?
We are living in a little town in the very South of Germany, near to the Swiss border. Actually there is nothing such as music scene around here. Which is really sad. But to be on the road checkin’ out new venues all over Germany is great fun, though!

How did you wind up signing with Iron Shield Records?
We were searching for a label that is really supporting us. And we as got to know “Duck”, the owner of Iron Shield Records, there was nothing left to say but “Let’s do this”! He is a true Heavy Metal maniac, who literally dedicated his life to music. It finally turned out to be a great collaboration. We feel very grateful for that.

Is there any overall story or concept behind the album title No Steel No Future?
Not at all… 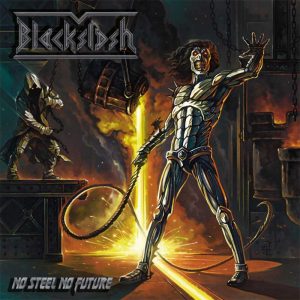 Select two songs from No Steel No Future and what inspired the lyrics?
No Steel No Future: This song is about the future of Heavy Metal. It’s kind of a homage to the music, the spirit and the lifestyle, which will live on. Forever, no matter what!

Midnight Fire: When I’m answering these questions, the Ukrainian war has just begun. When I just wrote the lyrics to that song, I could hardly believe that in just a couple of months such a terrible, devastating war will be going on right in the middle of Europe. I could hardy believe that young men as we are have to carry a gun to stand their ground. And all those countless women and children who have to run from midnight fire… Run to survive. The lyrics tell the story of exactly what happens right now in Ukraine. So sad, that something which was meant to be just a made-up scenario finally came to true.

Who did the cover art for No Steel No Future and how much input did you have on it?
The artwork was made by Dimitar Nikolov, who already did the cover artwork for “Lightning Strikes Again”. We just gave him some input on the steel mill scenario, which perfectly matches with the title song “No Steel No Future”. And of course, we still hold on to the “beast”, that has been part of our artworks for years.

What was the experience like playing R-Evolution of Steel and was this your last show prior to the pandemic?
R-Evolution of Steel is located in Hamburg. It’s always a great pleasure to be in Hamburg, which is a wonderful city! And it really was a great show. At that time no one expected that Covid will turn into a pandemic. But it did. And so, yes, it was the last show.

What are you looking forward to the most about Iron Fest 2022?
I’m looking forward to some excellent bands such as Night Demon and Screamer. We have played some shows with them guys before and I really loved it! Will be great to meet them on the road again.

What could one expect from a live Blackslash show?
Dedication, fun and nothing but Heavy Metal!

If Blackslash could open for any band either now or from the past, who would it be and why?
Iron Maiden, I guess. To me, personally, Iron Maiden have been my heroes since I was a teenager. And they are still. So to open a show for them would be a childhood dream come true.

How have you managed to have the same lineup since 2007?
This is easy. We are true and close friends. And that band is something, which is important to all of us. So we do care about it!

Are you involved with any other bands or projects outside of In Blackslash?
Not anymore. Full focus on Blackslash!

What do you hope the rest of 2022 brings for you and Blackslash?
Hopefully a lot of live shows. I’m also looking forward to getting to know new people and new bands on the road. Seems like it’s gonna be the first “post-Covid” year, which could become at least kind of a usual year. Eventually we are so ready to get back on track again!

Any final words of wisdom?
No steel, no future! 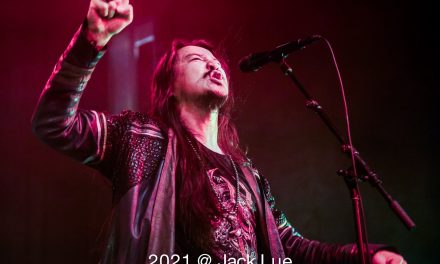 The Hu at The El Rey Theater – Live Photos