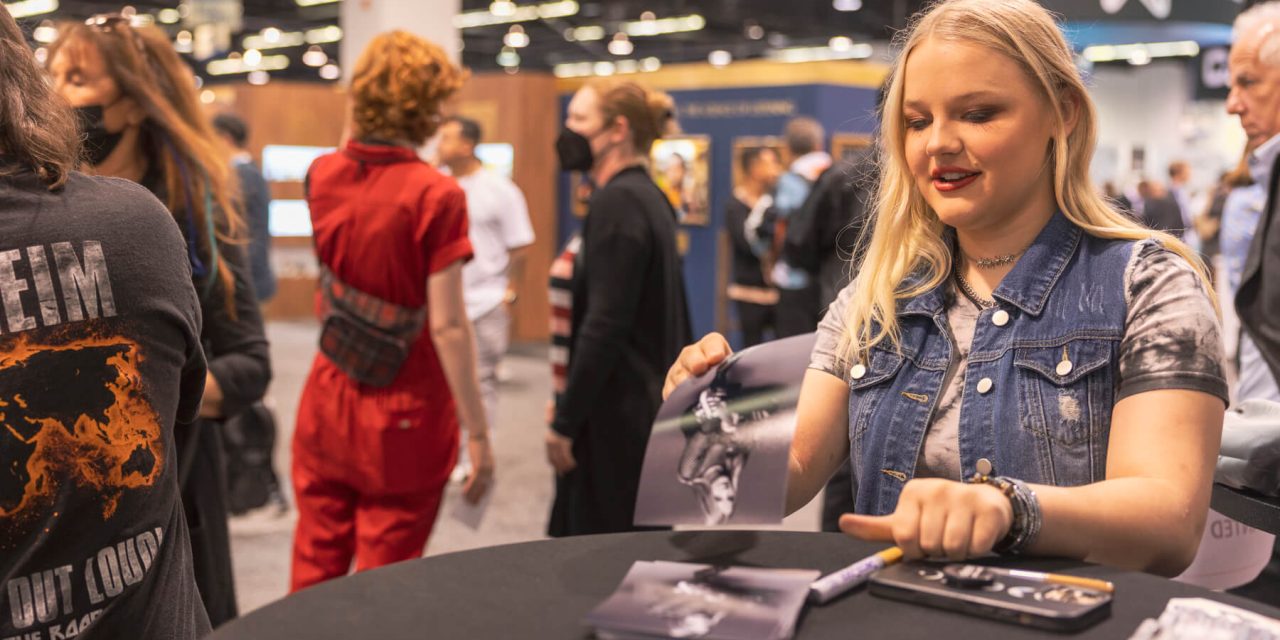 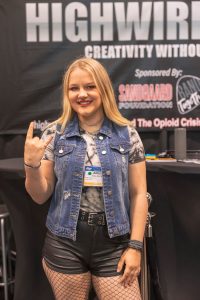 Abby K is an artist on the rise and has been making a name for herself as a national touring act. A passionate vocalist and extraordinary bass player, Abby K has opened with the likes of guitar legend Nita Strauss and is in the midst of headlining her very own Takeover Tour. Abby K stopped by The Highwire Daze Booth at The NAMM Show to catch us all up on the latest happenings including news on an upcoming full-length album!

And you are my first interview for The NAMM Show 2022!
Awesome! Thank you for having me.

What are you looking forward to the most about The NAMM Show this year?
This is the first year that I’ve gone by myself – without my parents – which means I’m funding it for the first time. I need to get a whole flight that I paid for of knowledge and connections out of here. I definitely want to get my money’s worth – so I’m going to learn as much as I can and meet as many people as I can – and just see what happens.

How has the Abby K 2022 Takeover Tour been going so far?
It’s been very well. We’ve had three or four shows so far and then we start the actual tour part in about two weeks from now. We start in Birmingham – to Mississippi then we go all the way down to Florida – all the way up through Missouri – so we’re really excited for that.

Your bass cover of Holy Diver – are you a Dio fan and how did that come about?
Absolutely. I was raised on all the right music from my father, and I’ve always loved Holy Diver. I’ve played it in every single band that I’ve ever been in. I was just trying to get creative with songs and videos and I just figured I needed to do a cover of Holy Diver. Why not? 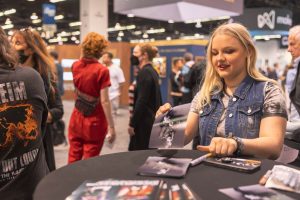 What was the experience like opening for Nita Strauss?
It was incredible! I toured with her from November 2021 to January 2022 and it was incredible! She started introducing me as her little Sister Shred, which was so amazing. She was truly amazing to all of us. And you know, when you’re on tour with someone, the opening band doesn’t always get a lot from the headliner – but they truly like treated us like a family and we felt really included and loved.

99 degrees C is your 8th single. Tell me about the inspiration behind that one.
Man, that had to come from Covid. I feel like everyone had bad mental health during Covid – and so for me, 99 degrees C is basically a four-minute-long panic attack. It takes you from the beginning of getting overwhelmed till you boil over, and you explode.

Is there any news on a full-length album?
Absolutely. We should have our first full length album out by the end of the year. It’ll be out on vinyl. It’s 12 new songs that nobody has ever heard before. But before that we have our last single before the album coming out in July.

Care to reveal what it is?
Well, I haven’t told anyone yet, but I’ll tell you first. So it’s called Rock Star – and it’s really just fun. I wrote it kind of inspired by a pop punk Hannah Montana. My generation – we were all raised on Disney Channel – and so it was just really fun for us. 99 – that was very serious, hard and heavy song. And just because this is the last one before things get real and we do our first album, we just wanted to do something that we all had fun with and enjoyed.

What’s up next for your after The NAMM Show?
I’ve been in the studio working on demos for the album like crazy. I now live in Nashville, so I’ve been playing Broadway 7 nights a week. I’ve been playing until 3 in the morning every single night – my sleep schedule is completely messed up – but we’re going to keep doing Broadway during the week and touring on the weekends and see what happens… 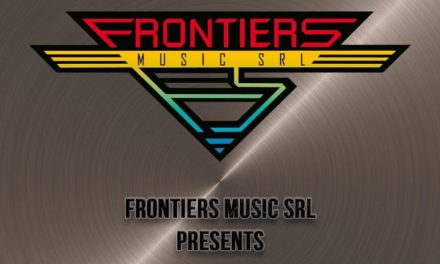 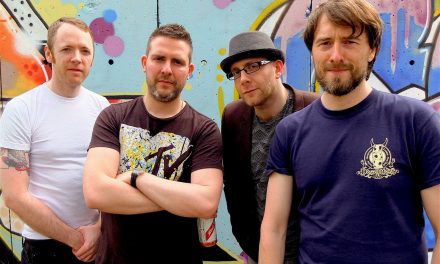