Heading For The Crown with Böllverk 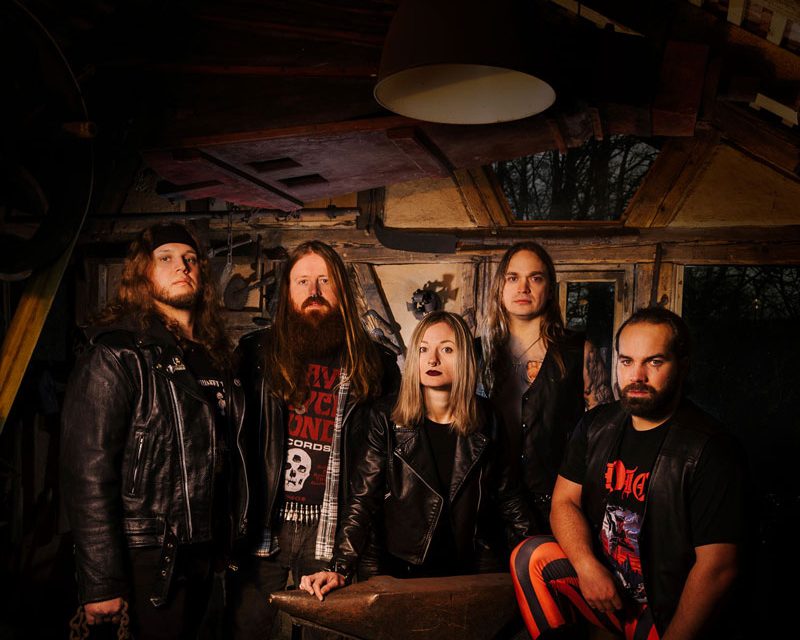 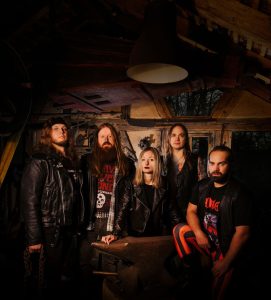 Heading For The Crown with Böllverk

Imagine a glorious amalgamation of UDO-era Accept and the modern day Halestorm, and you are only beginning to envision the sonic intensity the mighty Böllverk has in store for the great big world of metal.  Heading For The Crown is the name of the latest full length magnum opus from Böllverk, and it’s jam-packed with raging anthems music fans will want to revisit time and again.  Highwire Daze caught up with two ranking members from the Böllverk brigade to find out a whole lot more about this amazing band on the rise!  Read on…

Introduce yourself, tell me what you do in Böllverk, and how long the band has been together. A lot of your time together so far has actually been in the midst of the pandemic.
Svenja: We are Böllverk and we play Heavy Metal. Raphi, Zahn, Sense and Markus started the band in 2018 and recorded our first EP that we unfortunately couldn´t promote live on stage due to the pandemics. Then Sense and Markus left the band and Angelo (drums), Tim (bass) and I (vocals) joined. While the pandemics we were really busy with songwriting and rehearsing.

Where is the band based out of and what is the local music/metal scene like there?
Raphi: We´re from Aschaffenburg, Bavaria. A city near Frankfurt. We are lucky to have some live clubs here where bands can play. The scene is pretty active here. There are lots of new bands and the old ones still continue.

Is there any overall story or concept behind the album title Heading For The Crown?
Svenja: The title means like going to our favorite pub which is called “The Crown” 🙂

Select two songs from Heading For The Crown and what inspired the lyrics.
Svenja: The song “7th no is a K.O.” is about a boy that wants to get a girl to hook up with him. It´s a dialouge. The girl is really annoyed and wants to beat his ass 😀 This song is one of my favorites, because it´s full of energy.

Raphi: It´s not a conceptual album. I have “Ask the Angel, Listen to the Devil” tattooed on my back. An Angel and a Devil are whispering in my ear 🙂 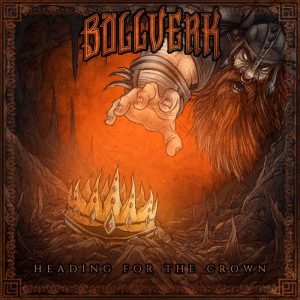 Who did the cover art for Heading For The Crown and how much input did you have on it?
Raphi: Bastian Kraus, a good friend did the cover artwork. I told him how it approximately should look. Then he did it completely. Already the first design was great.

What was it like working with Rolf Munkes of Crematory on the album and what did he contribute?
Svenja: I really enjoyed working with Rolf. It was relaxed and he had lots of ideas and suggestions. It was my first time in a professional studio and from the first moment we recorded the vocals I knew the result would going to be awesome.

What could one expect from a live Böllverk show?
Svenja: Thundering drums and bass, badass guitars and angel voices 😉

If Böllverk could open for any band either now or from the past, who would it be and why?
Svenja: I would love to be opener for Halestorm, because I love Lzzy Hale’s vocals, she really inspires me.

If Böllverk was invited to appear on an Accept tribute, what song would you select to cover by them and why?
Raphi: Cool question! I´m a big Accept fan. I wouldn´t cover one of their biggest hits. One of my favorite songs is “Feelings” from the Breaker album. That would be great fun.

Are you involved with any other bands or projects outside of Böllverk?
Svenja: I´m also the vocalist of Fatal Fire, a power metal band. Zahn and Angelo play in a Hardcore Band called Dead Fucking Sunday. Raphi played in a Coverband.

What do you hope the rest of 2022 brings for Böllverk and for the worldwide music community?
Raphi: Hopefully normality. That things can go on like they used to before the pandemics. For Böllverk: Lots of gigs! We love to play shows live. Staying in touch with the fans and meeting lots of new people.

Any final words of wisdom?
Raphi: Guys, listen to “Heading for the Crown”! If you like old school Heavy Metal you will like our new album!

Thank you for taking the time to answer these questions. And congrats on the very amazing album!
Svenja: We have to thank you! And of course, the readers who are still there 🙂

Sifting: Progressive Metal from the City of Angels and Beyond 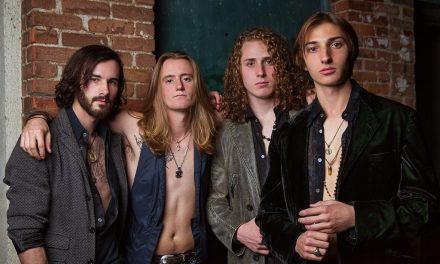 Frostmoon Eclipse unveil The Legacy II: The new album out in April via Black Tears Label!