Breaking Out Animalistic with Erik Martensson of Nordic Union and Eclipse 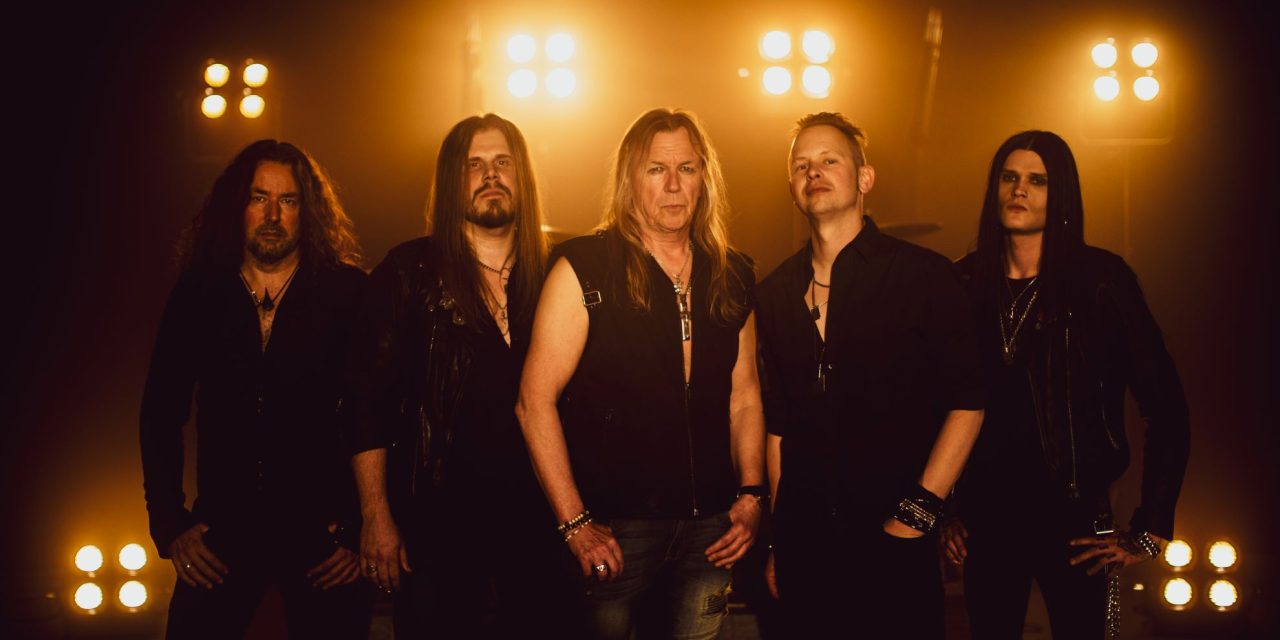 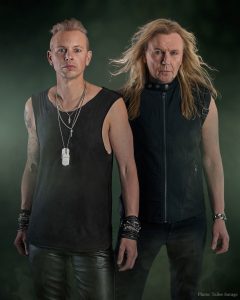 Breaking Out Animalistic with Erik Martensson of Nordic Union and Eclipse

Erik Martensson is best known for his work within the realm of his main band Eclipse as well as his creation of the almighty W.E.T. with the one and only Jeff Scott Soto.  In recent years, Erik would find himself collaborating with Ronnie Atkins, the front man of the legendary Pretty Maids – the results being the grand and glorious Nordic Union.  Animalistic is the name of the latest album from Nordic Union, jam-packed with melodic hard rock anthems and now available worldwide via Frontiers Music Srl.  Highwire Daze recently interviewed Erik Martensson to find out about the making of Animalistic, what it was like to create an album in the midst of Ronnie Atkins’ battle with Stage 4 cancer, happenings on the Eclipse and W.E.T. fronts, and a whole lot more!  Read on…

Is there any overall story or concept behind the Animalistic album title?
I think the only concept is hopefully good songs and some heavy metal rock and roll music.

That works for me – a very Animalistic answer to be sure. What was it like working with Ronnie Atkins knowing he was dealing with Stage 4 cancer?
It brings deadlines to a different level. It was kind of awkward knowing that anywhere, anytime, something could happen drastically worse for him with his cancer. But everything worked out fantastic and he still is doing great. He’s on tour with Avantasia right now. The whole recording process – everything has been working really smooth – so hopefully Ronnie can be with us for a lot of more years. 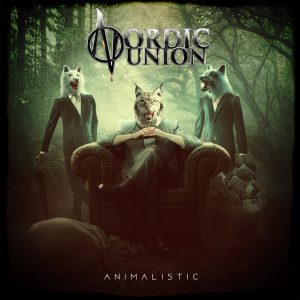 Absolutely! It seems like when you look at the new Nordic Union songs in the contexts of Stage 4 cancer, it appears like some of them could by inspired by that subject – songs such as In Every Waking Hour, This Means War, On This Day I Fight. Did you do the lyrics or did Ronnie write the lyrics?
I do most of the lyrics. In Every Waking Hour is Ronnie’s lyrics – and Ronnie also did Animalistic. I did the rest of the lyrics. Ronnie had been working – he had just finished working and recording his second solo record, so he was kind of drained with writing new material. So, he asked me if I could do more this time. So, most of it is my lyrics, but still all these topics of fight and struggle to life – you could apply these lyrics to different situations – with his struggle with cancer being one – and the other struggles you have you can imply on these lyrics.

One of my favorite songs on the album is Riot In My Head. Tell me a little about that song and the inspiration behind it.
I wrote that song together with a good friend of mine called Michael. He’s been doing a lot of stuff on Eclipse with me as well. That is actually his lyrics. I think it’s a very beautiful ballad. It’s hard to write ballads because they can easily become the cheesy 80’s cliché ballads – and it’s hard to stay away from that, but I think we’ve managed really well. And Ronnie sings it fantastic.

On This Day I Fight – tell me a little about that song. It’s such a kickass way to open the album.
It’s a kickass riff – and it’s funny – because the riff – the inspiration for the riff came from when I was listening to a Swedish death metal band called Unleashed. I was listening to one of their older songs and I was like “This is a great tempo and kind of riff” so I tried to make something similar. It started off as almost like a death metal song, but I added a lot of melody and stuff over it, so it’s catchy as well. It’s one of my favorites.

Speaking of Unleashed, I believe you have an Unleashed member on the new Nordic Union album. How did Fredrik Folkare become involved and where do you know him from?
I was 17 years old, and we had this thrash metal band. Fredrik – he joined the band when I was 17 and he was older than me. And for me, it was almost like Kerry King or someone from a big band came along – I was starstruck when he came in, because I had a demo from one of his local bands. He was really cool. So, then we started playing and then he moved to Stockholm – I was living on the countryside. And then several years late, I started a music school and Fredrik was in the same school – and that was when we started hanging out again. And we’ve been good friends ever since. 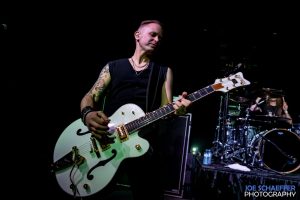 Do you and Ronnie plan to do any touring in support of Animalistic?
We talked about it several times and we played a small festival in Germany with Eclipse and Ronnie Atkins was doing his solo stuff there. So, Ronnie came up with Eclipse and we did one of the Nordic Union songs. We just learned it – the guys in the band just learned it an hour before hitting the stage, so we did it very spontaneously. Ronnie is really up for doing some gigs as well and so are we. So hopefully there will be gigs. It also has to do with how his cancer is developing – it’s a lot of work to start touring. And if we’re going to play a 1 ½ hour show, it’s a lot of rehearsals and a lot of work to get the proper stuff that sound good. It’s a lot of work and you can’t do just one gig – it’s just too much work.

When did you first meet Ronnie and then when did you decide to do Nordic Union?
We played the same festivals with Eclipse and Pretty Maids. I meet Ronnie a couple of times backstage and talked to him and had a beer. For a while I did a lot of product for Frontiers – our record label – they asked me to work with different singers and I usually turned everything down. But then they asked me, “What do you think about doing a record with Ronnie Atkins?”  And I was like “Absolutely!” because I loved Pretty Maids. So, it was a no brainer. And I recorded a couple songs and sent them to Ronnie to get some approval whether he liked them or not – and he was also just as excited when he heard the songs. He said, “Let’s do it! Let’s do a record together.” 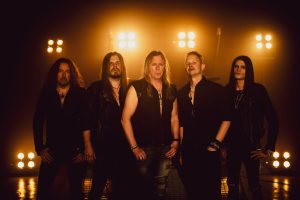 You had to be in the sequel of the song, so there you go!
Yeah, I had to be in the sequel! I usually don’t do guest vocals at all because there’s so many singers that sing on too many records. As a producer, or songwriter or even guitar player – that’s fine. But the singer’s voice is so unique, and I really want to keep it only just for Eclipse. Because a lot of the singers sing on too many records, and after a while you can get bored with the voice. And I absolutely do not want that. So that’s why I’m very restricted with doing guest vocals and singing on other people’s records.

I believe you are also on the new Sinner album Brotherhood.
I’ve known Matt for a long time. I’ve been doing backing vocals for Primal Fear for a few records, and I did backing vocals for a couple of Sinner records as well. That was almost like a request from a friend, so of course I have to do it.

What’s currently going on with Eclipse and tell me a little about the Wired album.
Wired was released last October. It feels like a long time, but it hasn’t even been a year since it came out. We’ve been playing a lot of live shows this year. Now we’ve had a break in the middle of summer because we did a lot of festivals and gigs throughout the spring and start of summer. And now it’s full-on gig mode until the end of the year. It’s really fun to be out playing live again – especially the new songs. I really love the latest records and we play a lot of stuff from the new record. It’s fantastic after two years of not playing anything live – it’s so good to be back on the road.

W.E.T. – Retransmission. What was it like bringing back that band and working with Jeff Scott Soto again?
Jeff is a childhood hero for me – I listened to a lot of Yngwie Malmsteen, and I love Talisman. I grew up listening to him and to have a band with him – we’ve done four records and a live record. And I still think it’s just as awesome to have a band with Jeff Scott Soto as I did when we did the first one. Hopefully, we can continue to do more records together. 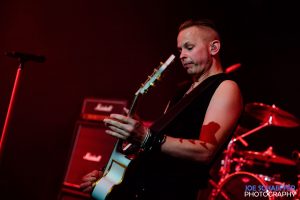 Are you currently involved with any other bands or projects that we haven’t mentioned?
No, not really – it’s Nordic Union, W.E.T., and Eclipse. Eclipse is of course my main band – the touring band. Most of the time I spend on doing music is Eclipse of course. I run my own studio Mass Destruction Production and I mix a lot of records, master a lot of records, and do recordings. So, I have my own studio.

Oh, you don’t have time for band Number Four?
(Laughs) No, but who knows. But there are no plans at the moment. I have enough.

And you’ll spring a surprise solo record on us next year… (Much laughter)
(Laughs) No solo records for me anyway! I’m not there yet. I like bands. I’m not that much into solo stuff. It’s rarely as good as the bands they’re from.

Has Eclipse or W.E.T. ever played here in the States, or is that something you’d like to do in the future?
We played some festivals with Eclipse, and we played Prog Power in Atlanta once with Eclipse. We also played some festivals as well with W.E.T. in the past. And we played Monsters Of Rock Cruise a couple of times with Eclipse. We were supposed to play live in a festival called Monsters Of The Mountain in Tennessee in August, but we had to cancel because we can’t get working permits. After Covid, the US Embassy in Stockholm – they don’t do interviews anymore, so it’s impossible for us to get working permits, so we can play live in America at the moment. So, it’s the second time we had to cancel because we couldn’t get working permits. It’s a struggle for a European band to play in America. It’s not the flight or the distance – it’s actually the working permit that’s the big problem. Otherwise, we would have played much more in America. It’s troublesome and very expensive for a smaller band to do it.

And do you have any messages for your fans here in the States?
Thank you so much for listening! Bands who release records or bands who play on stage – they are absolutely nothing without their audience. So, a big thanks for keeping the wheels of rock and roll turning. Bands like us exist because of people like you, so thank you so much! 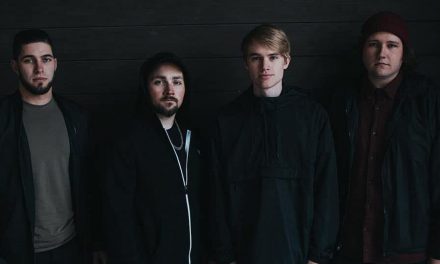