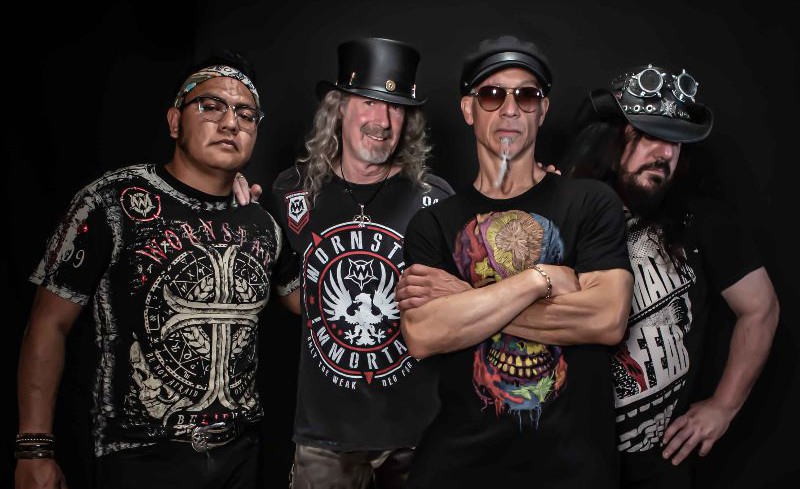 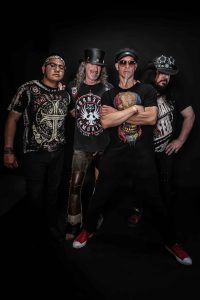 After building a strong and loyal local Southern California following throughout the past half decade, Los Angeles’ hard rock quintet THE GUITAR & WHISKEY CLUB have decided it was time to take their craft to the rest of the country … and world.

11 November sees the band release their self-titled debut Ep through their own GWC Productions label (distributed via The Orchard / Sony Music), soaked in biting blues rock riffs and soaring lead vocals, complimented by memorable, massive hooks. The band has come a long way in a relatively short time, beginning life as strictly a covers outfit. “Being an all original band has always been a challenge – and today more than ever. With the new lineup I felt the time was right to take that challenge head on” reflects lead guitarist and band founder Jeffrey Donovan.

Tracking of the Ep – and the decision to become a full-fledged original band – began during the 2019 – 2020 pandemic, recording at various Los Angeles area studios. “The pandemic was hell,” Donovan says. “Gigs were cancelled, studios closed, everyone was locked in their houses. Some of the members suffered from what I call ‘pandecitis’, a lack of inspiration and the will to continue.” Jeffrey’s inner band house cleaning proved to be an inspiration and a fuel to his fire as material came swiftly, and the new band members kicked into high gear. In an odd way the pandemic worked out pretty well for Donovan and new band mates, lead vocals Mark Prudeaux, bassist Frankie Yanno and session drummer Adam Ponce. According to the axe slinger, “working remotely turned out to be a blessing in disguise and we became pros at it fairly quickly. It felt great to be recording!” 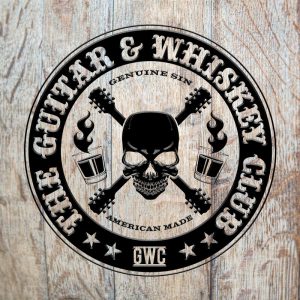 The Guitar and Whiskey Club kicks off with “Rebel Fire,” and you’re immediately struck by how powerful lead vocalist Mark Prudeaux is. The track itself is an ode to non-conformity, describing the trials of living a life committed to the notion of “music against all odds” and the hardships that accompany that mindset. It’s a passion that only musicians understand. Second song on offer, “Sleazy” is a crowd-rousing anthem of the highest order. Lyrics rooted in bad decisions and living life beyond its limits …well, the title alone should clue you in on the matter at hand, while “I Know” is a powerful nod to the sing-a-long anthems of the 80s, with a storyline that revolves around the death of a romantic relationship. Both parties need to move on yet they retain their love in the form of a bonded friendship. With “Does Your Dog Bite,” the band delivers some humorous lyrical content while bringing some musical swagger to the party. The record draws to a close with “Lone Cowboy,” a more Southern rock-based whiskey fueled grinder, telling the timeless tale of the loneliness the road brings to a cowboy (or musician or …) as he continuously spends long stretches of time away from home.

THE GUITAR & WHISKEY CLUB have earned accolades from the Ventura County Music Awards (“Best Rock Band) and music industry trade Music Connection, where they denoted one of the Los Angeles areas Hottest 100 Live Unsigned Bands and with the release of their debut the world is their stage.

Into The Night with Raging Dead

PROFESSOR AND THE MADMAN ANNOUNCE SPECIAL ONE-OFF CONCERT AT LONDON’S 100 CLUB ON AUGUST 10, 2018