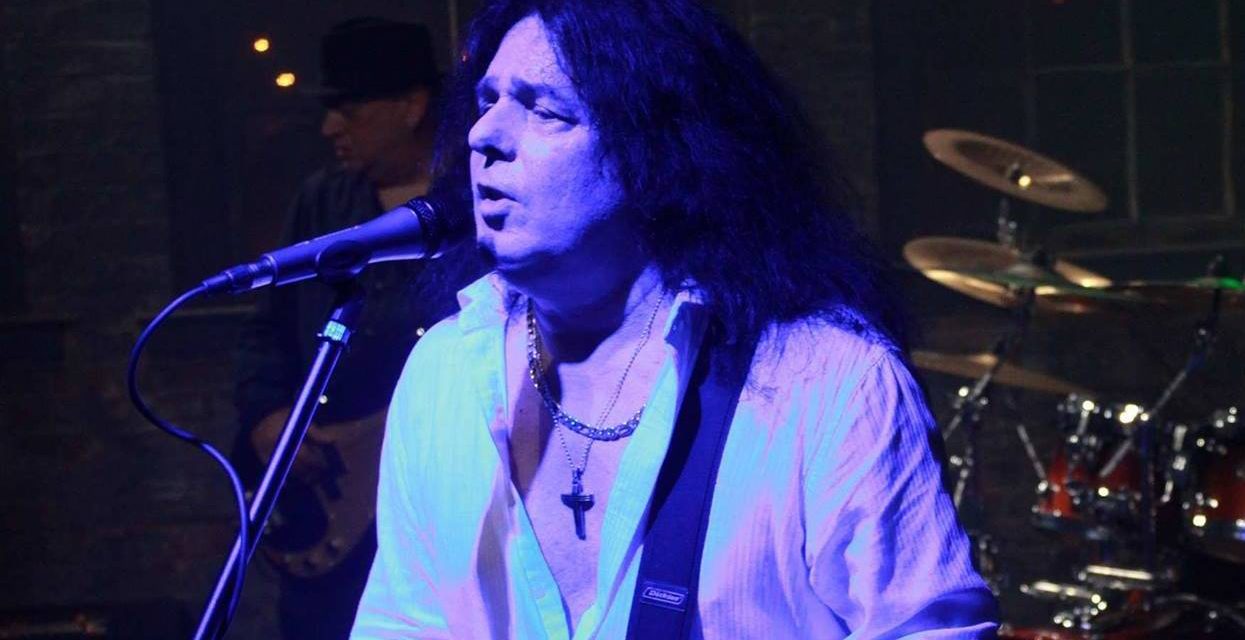 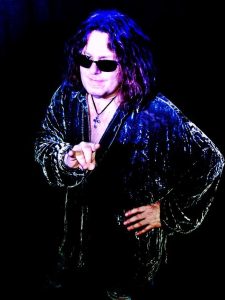 Bad Boy Troy is the solo creation of Troy Q. Tipton, whose recent album Rock The World is now available via MR Records.  Along with the amazing original songs contained within, Bad Boy Troy’s album also features a hard rocking cover of the Pink Floyd classic Another Brick In The Wall.  Troy’s musician credits are nothing short of legendary, as he has worked and toured with some of the finest in the industry.  Highwire Daze recently interviewed the one and only Bad Boy Troy to discuss his Rock The World magnum opus as well as explore an absolutely brilliant career in music.   Read on…

Introduce yourself, tell me what you do in Bad Boy Troy, and how long the band has been together.
Hello all, this is Troy Q. Tipton aka Bad Boy Troy – MR Records international recording artist… I am not a band, I am a solo artist who uses top name musicians behind me when I play live.

Where are you based out of and what is your local music scene like there?
I am based out of Cincinnati, Ohio where I was born and raised…. the music scene here is really good for all styles of music, lots of gigs and plenty of fans who support the scene nightly.

How did you wind up signing with MR Records out of Australia?
I first signed with Chrystal Records out of Argentina and my A&R rep Emiliano Jorge brought a worldwide distribution offer to me from MR Records which we decided to take. Things are going fabulous.

Your album Rock The World opens with an epic cover of Another Brick In The Wall by Pink Floyd. What made you decide to cover that song and has anyone from Pink Floyd heard or commented on it?
I was playing a gig and one of the workers spoke to me backstage asking if I could play any Pink Floyd… I said, I might be able to pull off Another Brick In The Wall since I had heard it many times on the radio. So, I sat with my guitar and came up with a simple riff that sounded nothing like the song to make it my own a bit. Then I had my drummer and bass player listen to me play and sing it so they can see how it went. So, during our show, we pulled it off and the audience response was so overwhelming that I decided to record it. Emiliano handled all the business to get the rights to use the song and from what he told me, after hearing my version, they gave us permission within an hour. So, I guess that’s a good sign? 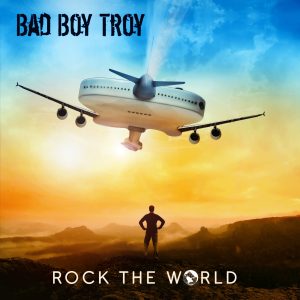 Another song on the album Bad Ass Boy was co-written by Dave Evans formerly of AC/DC. How did that collaboration come about?
I reached out to Dave Evans and asked him if he would be interested in co-writing a song together. He said he would indeed be interested. So, I went in the studio and laid down some drums, guitars, bass and backing vocals plus a scratch lead vocal. I sent to Dave, he listened and loved it and decided to add his lead vocal track, sent back to me and I had famous music producer Jeff Silverman mix it for us. The song went Top 10 in Australia in no time at all. So, when I did my 1st album with MR Records, I decided to add it on my album but, with a different twist. Dave and I plan to write some more together up ahead.

Select two other songs from Rock The World and what inspired the lyrics.
You Really Knock Me Out…. was inspired by the chick who appears in my music video for the song. She’s a rocker chick who loves anything on two wheels. She is a bartender who I’ve seen around for years and for some reason she was on my mind in writing this song. So, I asked her to appear in the video and she did. Since the song sounds a bit along the lines of Warrant’s Cherry Pie, I decided to ask Billy Morris former Warrant guitarist to play a lead track on the song and appear in the video also, he accepted and that brought the whole thing to life.

Also, the final song on the album “God Is Good” was a song I wanted to write to thanks God for all he has done for me. I had lyrics written but, as I went to sing them in the studio, God spoke to my heart and said take the next 15 minutes and rewrite the lyrics that I’m about to give to you. So, I told my engineer Rob Nadler to take a break so I can rewrite some lyrics. The lyrics started coming to me as if they were falling from the sky. They came together so magically and were so beautiful unlike anything I could ever write myself. We then recorded my vocal with one take and boom, it was done. After listening back a few days later with fresh ears, I was and still am amazed. Thank you, God, 🙂

What could one expect from a live Bad Boy Troy show?
Nonstop music with no dead air…. I go out of one song right into the next without stopping. In fact, the entire set is that same way. I talk to the audience as I play keeping them pumped up the whole time. But the music never stops during my show. This technique has worked for me since the 80s. 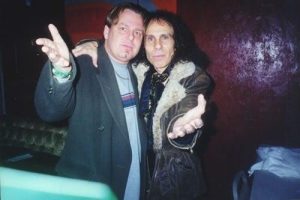 At what point in your career did you wind up opening for Black Sabbath and did you meet Ozzy or any of the Sabbath members at all?
I was playing guitar for a band called Johnny in 1980 fronted by John Schlitt former lead singer for Headeast. A DJ friend of mine Keith Hamblin aka Rocky Stone set up an audition for me with John Schlitt. John said let’s just jam something and make something up on the spot. So, we started jamming and it turned out amazing. John decided to hire me. Some of our first shows were opening for Black Sabbath on the Heaven & Hell tour fronted by Ronnie James Dio. Ronnie and I became very good friends for the remainder of his life. Geezer Butler and I went bar hopping after the shows and he turned me on to Jack Daniels wow lol. Their drummer at the time was Vinnie Appice in whom I also met. The only one I never got to meet was Tony Iommi who always showed up in a limo, 7 security officers who took him to his guitar room then right to the stage as the lights came on and they were rocking the house. However, for those I did meet, were among the nicest guys in rock history. We went on to open for Cheap Trick, Atlanta Rhythm Section, Nitty Gritty Dirt Band, Ozark Mountain Daredevils, Pablo Cruise, Savoy Brown, Whitesnake and many others in huge arenas.

What was it like playing guitar with Tommy Heath of Tommy Tutone?
Tommy was a super nice guy to work with, very accommodating and generous. He and I played very well together and had some great harmonies as well. He named his telecaster guitar Jenny lol imagine that, yep.

You were in a band called Sly Fox who were on Capitol Records. What was that experience like?
Actually, Sly Fox was not a band. They were a duo consisting of Gary Cooper and Michael Camacho. Gary came to hear me play often and approached me one night. He handed me a cassette tape and said learn the tunes and call me Tuesday so we can set up a rehearsal. I wasn’t sure who Sly Fox even was so, I asked my wife Darlene had she heard of them, and she said yes, they have a video on VH1 that plays all the time. So, when we went home, she showed me the video. I thought they were pretty good but, I really wasn’t crazy about their style of music as I was more into heavier rock music at the time. So, I turned them down. My wife said I made a bad mistake. So, the very next gig, Gary showed up with his manager and they approached me and said they would really like to have me play for them because they want a rock guitarist. I did do the rehearsal and they made me a deal that was hard to refuse. We toured doing arenas opening for Kool & the Gang, Ready For The World, Star Pointe, The Jets, Zapp, Lisa Lisa and many others. 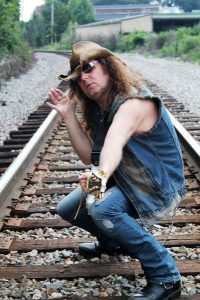 Are you currently involved with any other bands or projects outside of Bad Boy Troy?
Not at this time

What’s up next for Bad Boy Troy?
I’m getting ready to start recording for my next album for a May 2023 release. Meanwhile, I’m doing lots of radio and magazine interviews. Plus, I will be appearing on some TV shows as well and may even appear in some movies. We’ll see.

Any final words of wisdom?
I hope this helps other songwriters because it helped me. Ronnie James Dio once told me, a song is a portrait caught in time. I didn’t quite understand what he meant til it unfolded years later in my career and now it makes perfect sense. Great advice from a master. Rip, to the most awesome rockstar I have ever met “Ronnie James Dio“:)

Thank you for taking the time to answer these questions!
Grazie, amico mio 🙂

A Man of Many Faces: An Interview With Alexander Leonard Donat