The Raging Metal Fury of Unknown 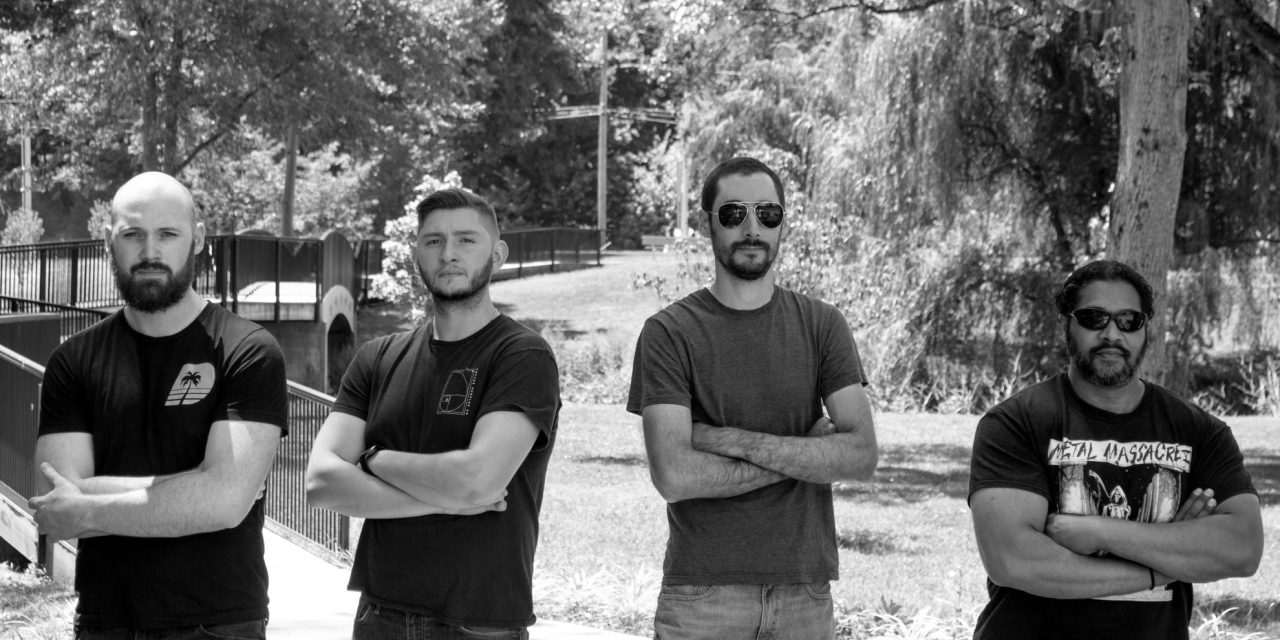 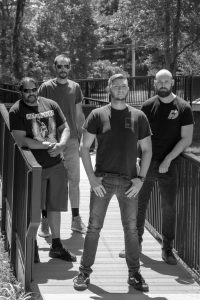 The Raging Metal Fury of Unknown

Unknown could be a very grand and intensive moniker, especially when it belongs to a US heavy metal band ready to rage all around the world.  Their debut magnum opus is entitled Vanishing Point, and it’s an exhilarating adventure well worth seeking out.  Fans of classics acts such as Iron Maiden and Manilla Road should definitely check into what this collective has to offer.  Highwire Daze recently interviewed guitarist Aamir Syed to find out more about the mighty Unknown and their superb heavy metal entreaties.  Read on…

Introduce yourself, tell me what you do in Unknown, and how long the band has been together.
Hi Ken, first of all, thank you so much for this opportunity to share our music! My name is Aamir Syed and I play guitar (and bass on the album) for Unknown. The band has only been together for a few years at this point.

Where is the band based out of and what is the music scene like there?
We are based out of Connecticut, USA. The music scene is quite busy here, but like a lot of places metal is a bit more underground. We’re also very close to NYC, where there is more of a market for metal.

Is there any overall story or concept behind the album title Vanishing Point.
It’s funny because the title and our name started off as a joke. Bob Beyer (lead guitar) and I were having a joint writing session one day and we placed so much attention to detail and we just started laughing about “who is actually going to hear this?“. So the name Unknown came from that, and “Vanishing Point” because it might be our first and last album! But the song itself is actually about uploading our minds into a collective synthetic existence and how we’d lose our individuality and humanity. 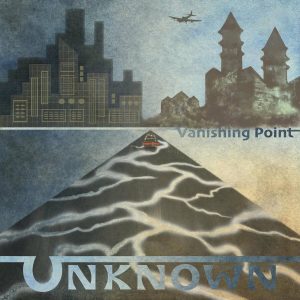 Select two songs from Vanishing Point and what inspired the lyrics.
Mission No. 84 – August 17, 1943, WW2. The allies planned an attack using B17 bombers to destroy the BF-109 factory in Regensburg, Germany and then the ball bearing factories in Schweinfurt. I was inspired to write this song when we attended a funeral for a friend’s Grandfather. There was an amazing picture of him in the cockpit of one of these planes, and I thought that there was no way I COULDN’T write a song about this! One of my personal favorites on the album.

Road of Light – After Mark “The Shark” Shelton (Manilla Road) passed, I was watching an old interview with him about the meaning of the band’s name. Some fans speculated that it meant “Road of Light“. I got the idea to write a song as a tribute to all of the fallen heavy metal legends such as Dio, Lemmy, Piggy of Voivod, Steve Grimmet, obviously Mark Shelton and many more…

Talk about the Fury music video and the making of it.
Bob Beyer wrote the riff for this song. I always wanted to use it as our “single” as the arrangement was perfectly compact and was a great introduction to us as a band. My original idea was a pipe dream because it was going to be too expensive. I wanted a full on anime style video (think Akira meets Mad Max). Mad Max is the lyrical subject of this song.

One more morning I saw that one of my favorite bands, Voivod, had released a new music video that was generated with AI art! A company called “Above the Void” had produced it. I reached out to them and after a few exchanges I thought this would be a cost effective way to make a music video. The end result was something really cool/trippy that captured the vibe of the song. We’re really proud of it!

Who did the cover art for Vanishing Point and how much input did you have on it?
My wife! Lauren Gottschalk. She has a degree in graphics design. She graduated from the School of Visual Arts in NYC (one of the top schools in the country). So it was a no-brainer to ask her to do it. I had 100% input on how it would come out. I wanted some references to each song. There’s the road with light emanating from it (Road of Light), the car on the road is supposed to be Mad Max’s car (Fury). In the distance there’s a castle for The Bastard King, and on the other side is a silicon city (Vanishing Point). In the sky is a B17 bomber (Mission No. 84). and the whole drawing is done with a vanishing point in the center.

She did a fantastic job, let’s hope she’s open to doing the next one 🙂

What could one expect from a live Unknown show?
A high energy show, but with lots of dynamics to keep the audience engaged. 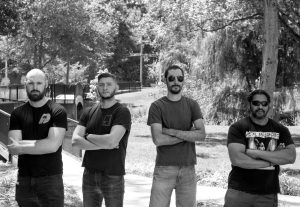 If Unknown could open for any band either now or from the past, who would it be and why?
Manilla Road, Jag Panzer, October 31, and Iron Maiden. These are all bands that have not only inspired me as a musician, but also as an individual and it’d be an absolute dream come true to open for any of them.

Are you involved with any other bands or projects outside of Unknown?
Unknown is my only musical focus right now. I have so many other things going on in my life that I can’t imagine being involved in multiple musical projects.

What’s up next for Unknown?
We’re booking gigs for this spring and summer! And just trying to reach as many people as possible. On the back end I’ve started some preliminary work on a second album.

Any final words of wisdom?
I’m new to this side of the music world, I was hoping you’d have some wisdom for me!! haha But in all seriousness, there were times I felt it was “too late” to pursue music and make an album, but the truth is music has no age limit. It’s a lifetime endeavor and I’m so grateful to have made this album and so grateful to be friends with the other members (Matt, Jordan, and Bob). If it all ended tomorrow, I’d be so damn proud of what we accomplished. So I guess that’s it, be positive and grateful for what you have!

Thank you for taking the time to answer these questions!
Thank you for this wonderful opportunity and for providing a platform for independent musicians.

Kobra and the Lotus: Flying High in the City of Angels 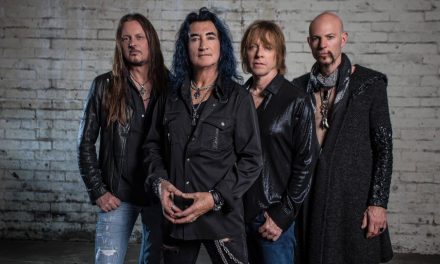