Breaking Through The Darkness with Metal Inquisitor 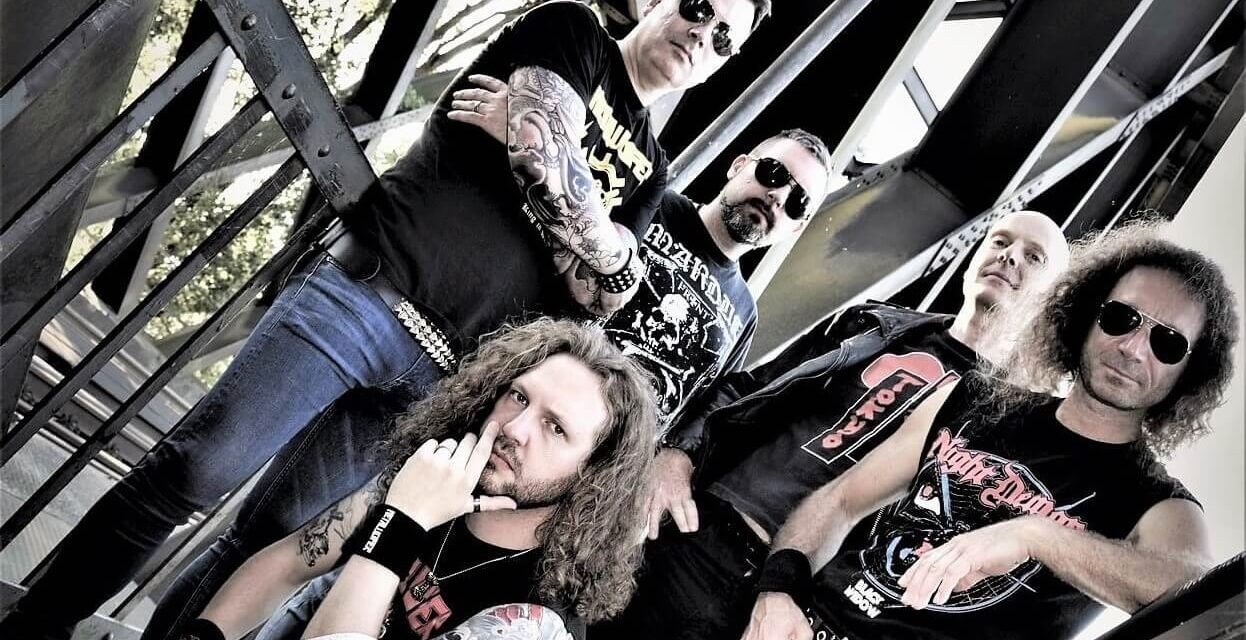 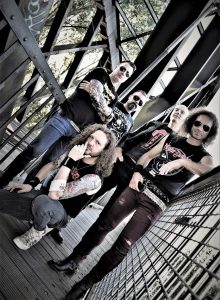 Breaking Through The Darkness with Metal Inquisitor

Panopticon is the fifth almighty manifesto for the long running Metal Inquisitor, and it’s destined to slam into the senses of genre fans all over the world.  This Germany-based collective have been assaulting the metal masses for 21 years and counting, and with the unveiling of Panopticon, metal fans can truly witness a band at their very height of their auditory prowess.  Highwire Daze Online recently caught up a few members from the Metal Inquisitor brigade to discuss their glorious legacy and dynamic new album Panopticon, now available from Massacre Records!  Read on as we break on through the darkness fist waving high in the air with Metal Inquisitor…

Introduce yourself, tell me what you do in Metal Inquisitor, and how long the band has been together.
Havoc: Metal Inquisitor was founded in 1997 by Blumi. At that time still partly with other members.  We have been playing in this cast since 2000, replacing Kronos with Cliff Bubenheim 2010.

TP.: I joined the band in 1999, I think. After a show with just one guitar, the guys decided to go on with a second guitar. At this time, I already had a common project with the same members. So it was logical for me to get into the band. After that, we quickly started with the pre-production of the first album. We had a 4 track tape recorder, and I used it for the first time. The result can be heard on the Garage Days album.

Where is Metal Inquisitor based out and what is your music scene like there?
Havoc: For many decades we have a solid and stable metal scene here in Koblenz. From this scene Metal Inquisitor has formed. Also some other bands have sprung from this community.

TP: Yes, and this is still going on. There are many bands in this local region, that also even started during the last few years. And it`s certainly nice, to know many of the musicians and to meet them in one of the bars during the weekend.

Is there any overall story or concept behind the Panopticon album title?
el Rojo: It´s not a concept album or something like that. But the title is not a result by chance! It is inspired by a special kind of prison: In the middle of a Panopticon (in the dark), there is the a prison guard and he is much more than a normal guard: A controller, who can see everything inside all cells, because one wall is transparent and brightly lit – no private things, no intimate refuge, nothing “only for you”! But the prisoners themselves can not see their surveillant, because he is in the dark, invisible for them! This is torture in a very special and cruel way: No “active” torture, no slaughter! But souls full of despair, tormented people, prisoners who suffer agonies and can´t handle this kind of horror. When I read about this kind of prison, I could not believe, that it was built to “resocialise” people!! A Panopticon is not able to make humans become better people…..

Select two songs from Panopticon and what inspired the lyrics.
el Rojo: The song “discipline and punish” is about the Panopticon – the feelings, the horror the prisoners have to sustain. And “change of front” is dedicated to all those people, who live for their career. Not the really hard-working people, they have my total respect! I mean the career-guys, the brown-nosed ones. Unfortunately this special-activity-men have too much power in our world. Sad, but shit swims mostly on top….

Who did the cover art for Panopticon and how much input did you have on it?
el Rojo: The artist, Dimitar Nikolov, did a very, very good job to express our vision of a panopticon! We had explained our ideas and then he did his expression. It´s really nice to work with Dimitar: It was the third time, because the result is always phantastic!

When you look back on your first two albums The Apparition and Doomsday For The Heretic, what do you think of them now in retrospect?
Havoc: The Apparition is still full of rudeness and has the carefree energy of a first-time. Here we just played without really knowing where the journey went. Doomsday for the heretic was added with more care. Here we also have more mid-tempo songs and our longest song “Infamia“. I find both albums very strong in their own way.

TP: I also think, that both have their own charm. For us was the time between the albums not so easy, because we suddenly had to find a new record-company, to be able to release the new album. And one thing that is common before each release is the tension, how other people enjoy the new songs. But this is not because of being unsure that we did not give our best into the songs or into the studio work. But after four years working on an album, one cannot and want not to wait anymore for any reaction

What could one expect from a live Metal Inquisitor show?
Havoc: You’ll experience the joy of a band that thinks it’s the last show, with 20 years of live experience, hahaha.

TP: …and the smell of metal: sweat, blood and beer.

What are you looking forward to the most about the Ironhammer Festival in September?
TP: That festival will be great for the people. Ok, Satan and RAM will do a common tour during the next weeks. But for the people of our hometown and for the ones who can not visit the tour, will this be a festival highlight in late summer. We already could fortunately share the stage with Brian Ross, and it’s so cool to meet him. Also the guys of RAM. Great band with superb albums. I hope to meet them after the show to have some drinks. In Madrid, we had also a great time with them around the Pounding Metal Festival. But here we know the pubs a little bit better than in Madrid…

Has Metal Inquisitor ever toured here in the States or plan to do so in future days?
Havoc: We have never played a tour. Only single concerts. But we were in Tokyo and Osaka in 2014. Since we have fulfilled a dream. We have not been in the US yet. If it ever happens, it would be another dream come true.

You covered King Of Rock N Roll on a Ronnie James Dio Tribute Album called A Light In The Black. What made you decide on that song?
TP: It is not easy to cover a song of Dio. Finally Dio was for sure one of the best rock singers, ever. And his musicians were also always on a top professional level. So we searched and found the track King OF Rock N Roll. An uptempo song, that fits to us.

What is your favorite Ronnie James Dio memory?
TP: Certainly to be part of the audience, during a show at the Bang Your Head Festival.

el Rojo: Whenever I saw RJD between the first (Monsters of Rock 1987) and the last time (this Bang Your Head 2007, TP was talking about), there was never, never, never just a bit less quality in his performance – on the very highest level! What a vocalist! Unbelievable!

What goes through your mind when you realize that Metal Inquisitor has now been around for 21 years?
Havoc: We have seen a lot in the last 21 years. We have always remained faithful and evolved without ever having questioned our origins. I think that’s important. The things that were important to me, I could realize in this band quite. Hey, I was playing on a stage where Slayer performed in the evenings. That was at the 2011 BYH Festival in Germany. That’s just great

What’s up next for Metal Inquisitor?
Havoc: We will play various concerts in 2019 and present our new record live. I think there will be some bigger festivals in 2020, but that’s not sure yet.

Any final words of wisdom?
Havoc: Open your mind, but always stay true to yourself. 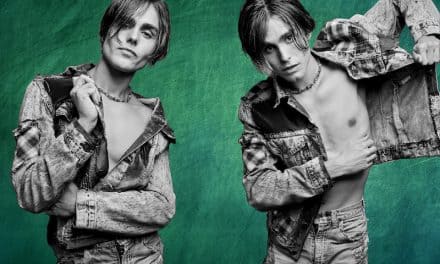 Leo Lauren: A World Beyond Supernormal and Los Angeles Vampires 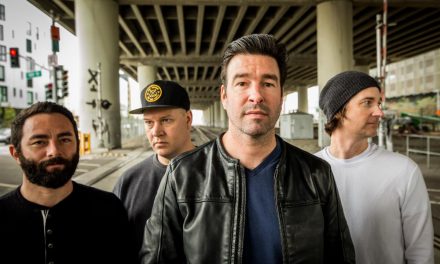 WILL HAVEN Releases “Wings Of Mariposa” Single And Video; New LP Nears Completion For Release Through Minus Head Records 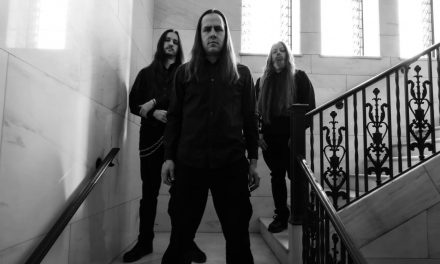