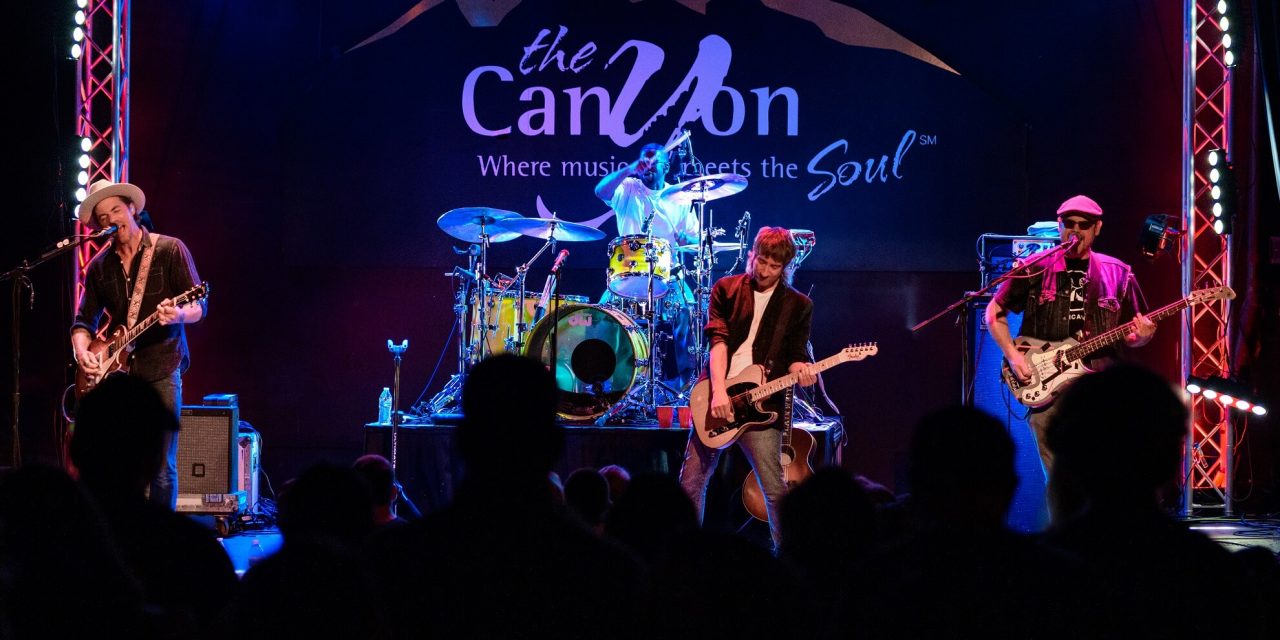 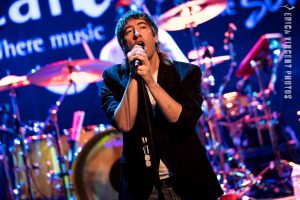 The Plain White T’s have hit the road, bringing their engaging brand of indie pop rock to The Canyon Club on a Saturday night in Agoura Hills.  In a world filled with horrific news, governor recalls, and ongoing pandemics, the Plain White T’s were there to make you forget all the bad stuff – even if just for a few rocking hours of sonic bliss.  Best known for their massive hit single Hey There Delilah, the band brought all this and more at the 4th night of their tour.  Each and every member seemed to be genuinely excited to be back on the road playing live shows again – and with many in the audience attending their first live concert in over a year and half, there was certainly a lot of magic and good times to be found on a warm August night within the cozy confines of The Canyon Club. 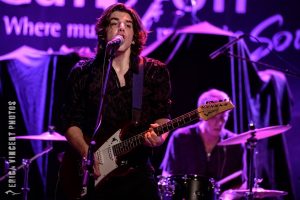 Kicking off the night were local rockers Kiss The Scientist, presenting a rapturous set of impressive originals.  Opening their set with an absolutely gripping song entitled Waiting (On The Rest Of The World), Kiss The Scientist gained the attention of the early arrivals with their passion, drive and conviction.  The band drew a good number of their own fans who seemed to know each and every song this band played.  In addition to their own memorable tunes such as Hold Me Back and Time, Kiss The Scientist unveiled a brilliant rendition of the Hoobastank classic The Reason.

Lead vocalist / guitarist Max Tomack exudes a tremendous amount of passion and imagination in his vibrant vocals and jamming guitar interludes.  Devin Rodriguez unleashed double the magic on keyboards and guitar.  And the rhythm section certainly packed an infinite punch, delivered with supreme intensity by Colton Sidell on bass and Elijah Gugliuzza on drums.  Kiss The Scientist possess a good amount of promise and ambition, and are well worth seeking out!

Cole Gallagher was the special guest opener for the Plain White T’s, and he and his full-on band presented their own brand of indie rock that surely gained a good amount of new fans.  Including in Cole’s set was a rousing rendition of his very first single Smoking Gun, now available on Spotify and anywhere else you listen to music.  It was definitely a thrill to see all three guitars sending the songs into even greater heights.  Cole is based out of Pasadena, and his next local show will take place at Molly Malone’s Irish Pub on August 20th!  Definitely an artist to revisit in future days. 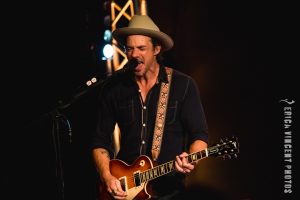 And back to the Plain White T’s!  “There will be no rules tonight,” vocalist Tom Higgenson sang joyously on the opening song Our Time Now from their 2006 album Every Second Counts.  One of their most revered love songs 1, 2, 3, 4 was up next, its warm refrains reeling the near capacity crowd in for a night to remember.  Parallel Universe is the name of latest recording from the Plain White T’s, and memorable songs from the album included the grand slam hit single Light Up The Room, the captivating refrains of Your Body, and the super funky Sick Of Love.

In addition to the enlightening performance from front man Tom Higgenson, lead guitarist Tim G. Lopez had his chance to shine in the spotlight – and wonderful lead vocal performances were presented on stand out songs The Giving Tree and Here Come That Sunrise.  The vibrant songs kept on arriving tenfold, including Boomerang, All That We Needed and American Nights.  And for the very long time fans, the Plain White T’s launched Fireworks from their 2003 album Stop – reminding these reviewer of the very first time I saw the band at the Chain Reaction in Anaheim way back in the day. 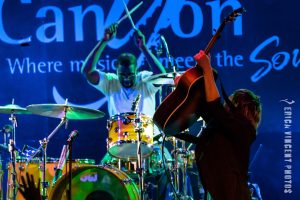 For a very well-deserved encore, Tom Higgenson arrived onstage by himself with acoustic guitar in hand – and that could only mean one thing – another sweet and memorable performance of Hey There Delilah – with Tom and the audience joining together on the wondrous “it’s what you mean to me” singalong in the chorus.  The rest of the band would then rejoin Tom onstage and rock it out to the final selection Rhythm Of Love with Tim on sweeping lead vocals for one last time.

And before we go, let’s not forget to mention the wonderful Plain White T’s rhythm section, always shining through featuring Mike Retondo on bass and De’Mar Randell Hamilton on vocals.  Thank you and much appreciation to Plain White T’s for the dazzling evening of tunes uplifting us all in these turbulent times!  This is the live show we all needed! 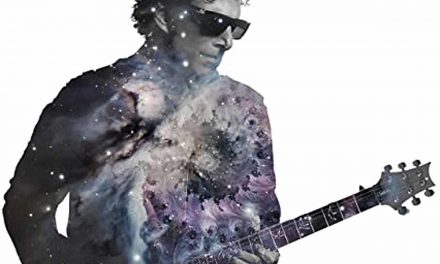 Vain at The Whisky – Live Photos