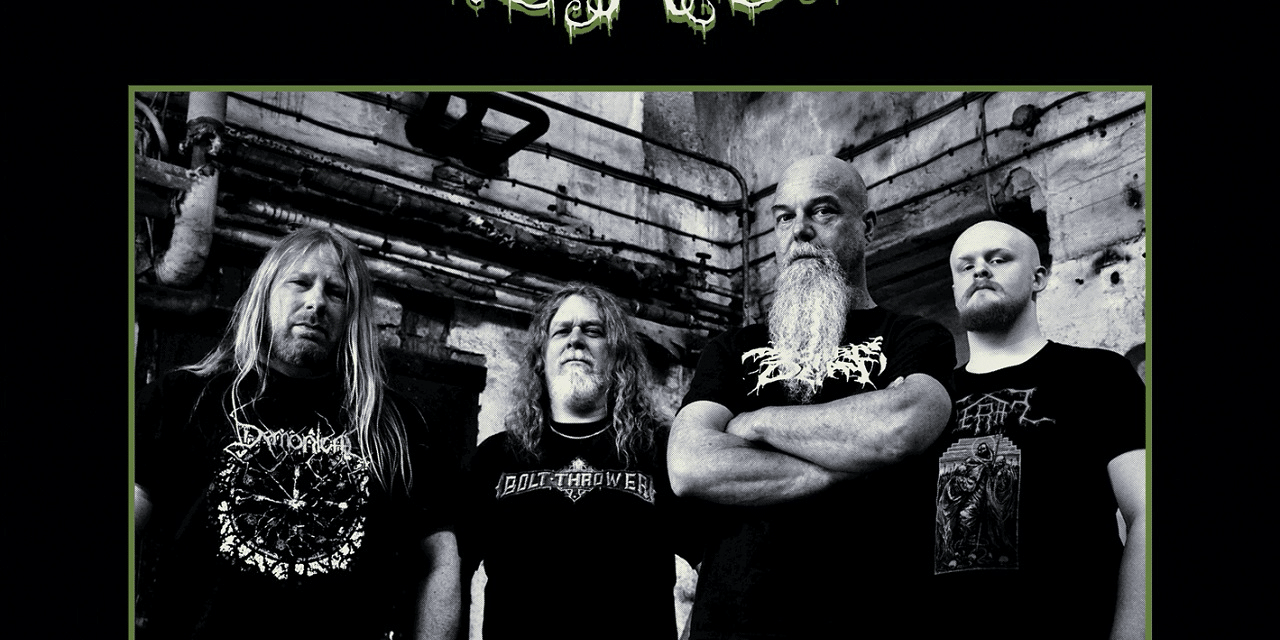 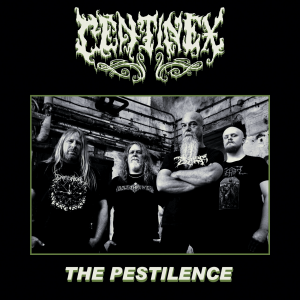 “The Pestilence” adds five raging compositions to the deathly metallic annals of CENTINEX, which hold a wealth of reputable installments since 1990. The songs serve as a bridge between the band’s latest offering from last year, “Death in Pieces“, and the next, yet unannounced full-length album. As the older sibling of the lauded underground group Demonical, CENTINEX operates within a familiar sonic sphere, yet is more inclined to a less melodic and more conventional death metal approach, that accentuates austereness, brutality and distinctive riffing. The two bands are linked by bassist & founder Martin Shulman, key songwriter for CENTINEX, who had this to say on “The Pestilence“:

“Our new MLP – yes we prefer to label it as an MLP, as everyone did in the 80’s, instead of calling it an EP – represents the bands current direction and can be seen as a beginning of something new. Drawing influences and inspiration from the old thrash scene, especially the German one, this release does also bring us closer to our past and the early days of Centinex. The whole recording process was also like a blast from the past, with the whole band together in the studio catching the vibe, both when the rec-button was on and off. Production wise, we aimed to get an old-school sound, organic and breathing, a production which is pretty much in strict contrast to what is standard in today’s scene. We even wanted the album layout to remind us of the glory days, of a time when the tracks were the main thing and what defined if something is good or bad instead of production, musical accuracy, or glossy packaging. As stated, this MLP represent something new for us and a direction we most likely will explore even more in the future. We will dwell in the past and crawl even deeper into the history (of extreme metal) as in our opinion the past was brighter than the future.”

The EP was recorded, mixed and mastered by Jonas Arnberg between June and July 2021 at Sellnoise Studios in Sweden. The photo which graces the cover artwork was taken by Susan Wicher. The artwork was created by Dwi Nugraha.

CENTINEX originated in 1990 as a riff-oriented part of the classic Swedish death metal movement and disbanded in 2005 after releasing eight full-length albums. In 2014 they resurfaced, quite surprisingly, and with a refreshed line-up, delivered their celebrated come-back record, “Redeeming Filth“. The next album was inevitable and didn’t take another decade to assemble. Having released “Doomsday Rituals” in 2016, the band played a run of shows in Europe and North America, before encapsulating their sheer Swedish brutality in a new offering. “Death In Pieces“, the long-runner’s third reunion album released in 2020, is brimmed with a powerful doze of old-school, Stockholm-style death metal, and takes the band’s signature heavy riffling to a whole new level of intensity. With the announcement of a new EP “The Pestilence” scheduled for April 2022, a new album is bound to be announced sooner than later.

The Metal Mystique of Velvet Viper

Discovering The Colour You: Your Soundtrack To The Perfect Escape