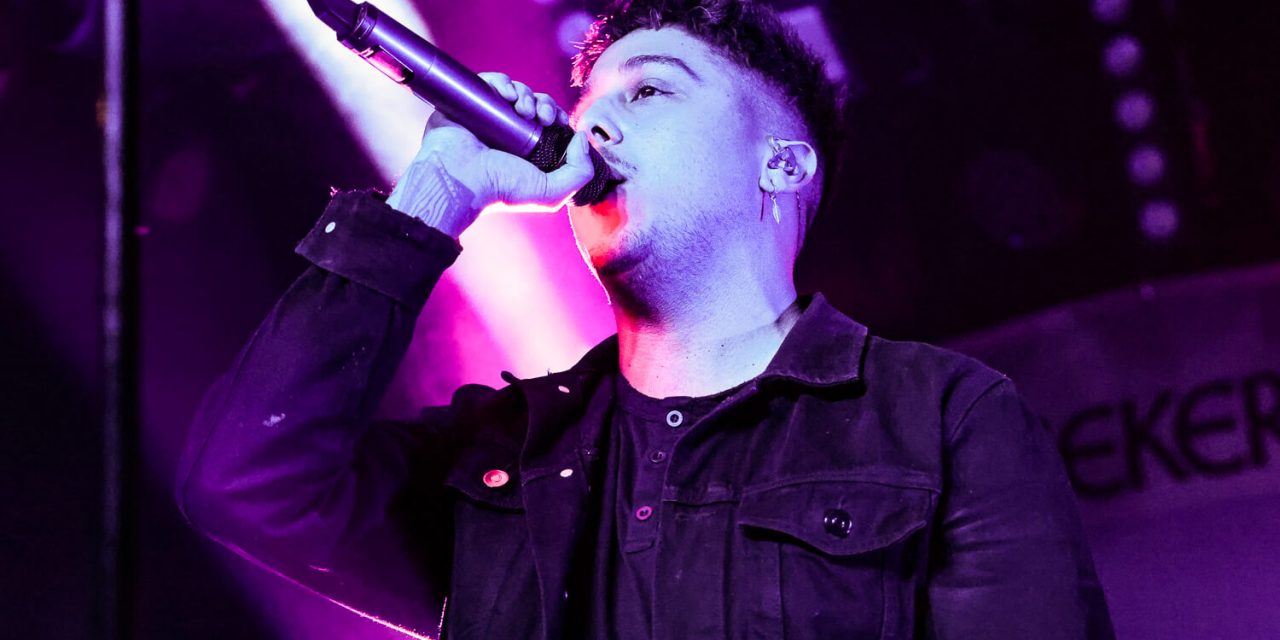 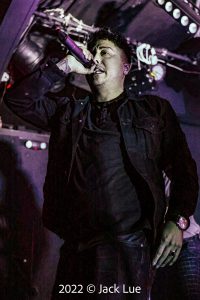 As the pandemic age wanes, live shows have returned all over the world in nothing short of an epic way.  And one of the most anticipated US treks was certainly the Sleeptalk Tour, with a headlining performance from Southern California’s own Dayseeker.  Absolutely inspired booking of the support acts would happen, with Dayseeker bringing over three of the most exciting international acts in the indie rock/post hardcore genre.  If you have not heard of the entities known as Holding Absence, Thornhill, and Caskets, you certainly will them all by the time the Sleeptalk tour spins to its grand finale at the iconic Chain Reaction venue in Anaheim on May 13th!  The commencement of the amazing Sleeptalk package took place at The Teragram Ballroom, deep in the heart of Downtown Los Angeles, where four tremendous bands delivered from the heart performances that left a lasting impression.

Dayseeker performed selections from their new album Sleeptalk and even premiered a brand-new song entitled Neon Grave.  Vocalist Rory Rodriguez places so much passion and conviction into his vocals, and each and every member of Dayseeker follows suit, delivering a highly emotional and visually mesmerizing set.  It’s no wonder this band has exploded above and beyond the vast confines of Southern California.  Highwire Daze has been following Dayseeker since their inception, and it’s exciting to see how far this impassioned band has come since their early days.  Thanks to Dayseeker for laying it all out on the line with such vibrant songs, and for bringing over these first rate international acts, all playing here in the States for the very first time. 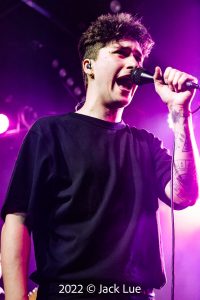 “I’m alive!” exalts Lucas Woodland with a towering and uplifting grace at the very beginning of Holding Absence’s gripping set, with the band unleashing the glorious one two punch of Awake and Celebration Song.  Supplying direct support on the Sleeptalk Tour for Dayseeker, Holding Absence delivered a captivating set destined to be remembered and revered for a long time.  The band was slated to make their debut here in the States a few years ago, but various issues propelled a disappointing last minute tour cancellation.  These Cardiff lads more than made up for the time lost tenfold, unveiling songs from their critically acclaimed The Greatest Mistake Of My Life album as well as their dynamic Self-Titled debut (both released via SharpTone).

There is so much going on within the world of Holding Absence, where their many musical influences combine to make for an unforgettable auditory odyssey.  Imagine a place where post punk and shoegaze collide with a dazzling touch of Joy Division aesthetics, and you are just beginning to envision the magic and intrigue Holding Absence has in store for you.  Afterlife is an anthem for the ages, deeply personal and cathartic, rendered even more potent with each and every audience member singing along to it’s sweeping chorus.  And what a daring and wonderful way to close to show with the atmospheric reverberations of Wilt.  The audience called for a much-deserved encore, which unfortunately would not happen this time around.  With shows as unforgettable as what was witnessed with the hallowed walls of The Teragram Ballroom, expect Holding Absence to be headlining the next time the traverse the highways of America. 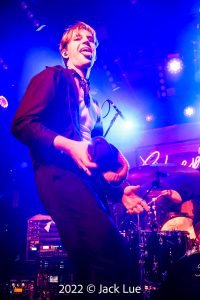 Thornhill from Australia may have been the odd band out on the tour, but this did not stop these lads from delivering an inspired performance that won over the audience big time. The Thornhill live experience is wildly imaginative, with its cinematic vibes and pulsating soundscapes reigning supreme.  Their debut album The Dark Pool definitely captured the attention of music fans all over the world, and the upcoming Heroine manifesto amps up the passion and intensity to a ten and well beyond. Vocalist Jacob Charlton exudes a ton of megastar potential, delivering the lyrics with a burning ferocity that is thrilling to behold.  Their band influences may be all over the map, but their imagination and drive renders Thornhill one of the most intriguing new bands on the scene today.

Arkangel is an amazing song that should be pumped up all over the world radio airwaves (if stations ever really played songs this good).  And what a treat it was to see Thornhill perform the track Hollywood at a location very close to the scene of the crime.  With soaring vocals and persuasive musicianship all around, Thornhill made a decided impact worlds away from their Australian home base.  Here’s hoping we hear a lot more from this lethally talented collective in future days. 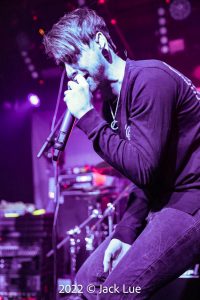 How terrific it was to see The Teragram Ballroom already packed to the rafters and beyond when Caskets from Leeds, UK took the stage.  Delivering nothing short of an epic opening performance, Caskets kicked off what would be a memorable night at their very first performance ever here in the States.  Caskets’ debut album Lost Souls on SharpTone is jam packed with sonic reveries that would leave an emotional impact on all who would give a listen, and within a live setting, these amazing songs are launched to even greater stratospheric heights.

From the opening refrains of Drowned In Emotions and onward, Caskets made their most of their way too short 30 minute set, and delivered a stunning performance that would surely garner them a good amount of new fans.  That being said, many in the audience were already very familiar with the Caskets repertoire, singing along to standouts such as The Only Ones, Lost In Echoes, and Glass Hearts.  And what passion and conviction front man Matt Flood places into each and every word his sings, the pensive lyrics and soaring vocals completely enveloping the listener.  Benji Wilson and Craig Robinson delivered a remarkable wall of sound of dueling guitars while bassist Chris McIntosh and drummer James Lazenby drove it all home with both grace and ferocity.  Most definitely a powerful way to kick off an evening of rock-solid entertainment!

Music fans in Southern California may experience or relive the unforgettable Sleeptalk Tour once more, as Dayseeker and company will be at Chain Reaction on May 13th!  And if you are anywhere near where this package will be performing, do not miss the opportunity to see these four amazing bands, all at the very height of their creative artistry!

The Aviators at The Whisky – Live Photos

Citizen and Teenage Wrist at The Lodge Room Highland Park 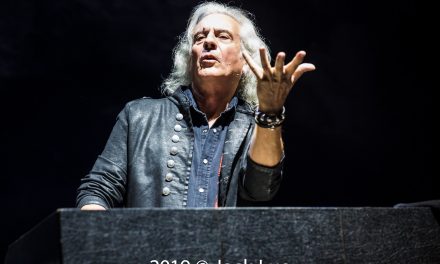 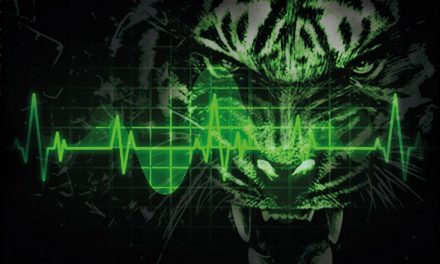