Princess Goes to the Butterfly Museum at Zebulon 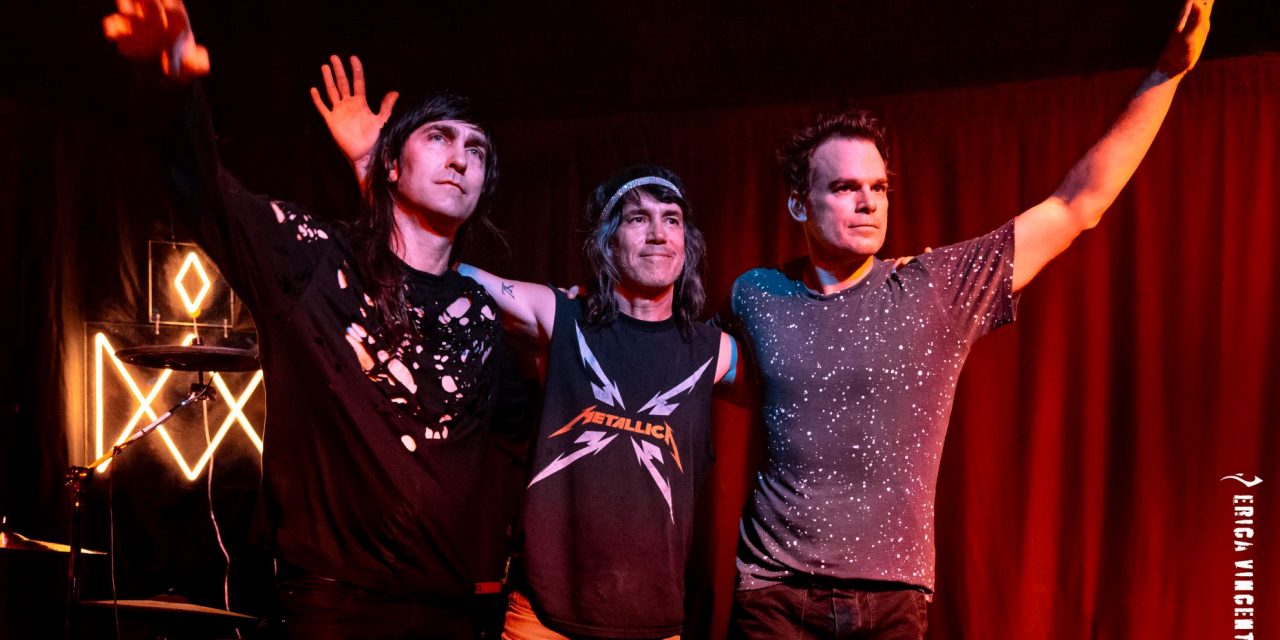 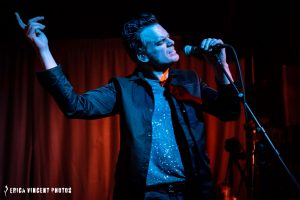 What do you get if you blend a member of Blondie, the drummer from The Wallflowers, and the lead from one of the biggest TV shows in history? Princess Goes to the Butterfly Museum.

If you haven’t heard of them already, you might be wondering who is Princess Goes To The Butterfly Museum. The band is made up of Matthew Katz-Bohen, the keyboardist for Blondie. Peter Yanowitz, the original drummer of The Wallflowers, and Michael C. Hall, who you might know from the legendary tv shows Six Feet Under and Dexter on vocals.

Princess Goes To The Butterfly Museum, a name graciously given to the band by Matt’s young daughter, is an alternative band, self-described as ‘Gothadelic Rocktronic‘ with influences from David Bowie to Black Sabbath to Donna Summer, all with a unique and stylish spin. Hall’s vocals sound very similar to David Bowie; that might be why he was selected by David Bowie himself to play in the Broadway show Lazarus in New York. Their electronic rock music is charmingly gorgeous, hypnotic, and each song has its own essence. The band has already received coverage from Billboard, Paper Magazine, American Songwriter, Consequence of Sound, etc. Thanks For Coming, the debut album that was written mainly during the pandemic, presents tones and themes both ominous and sublime throughout the music. Hearing it live makes it additionally special, as their performance grips fans. 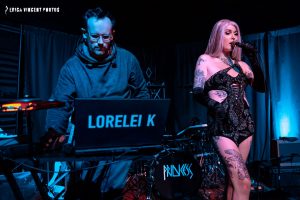 Before the main act, we were treated to the radiant trans warrior Lorelei K. Instantly, you are captivated by everything about her. She has a particular light that is hard to describe unless you are able to see her perform. Lorelei K is difficult to assign to any genre after their recent 7-track release of ‘Swimming Pool Eternity.’ Depending on the track, it’s a combination of dream-pop to postpunk to darkwave to sultry jazz diva; I admire artists who can do this well, and Lorelei K does it seamlessly! Her set was unfortunately short for how amazing she is. I often found myself not wanting to photograph the performance because I was so mesmerized by her voice and was transported to another world. Please keep her on your radar!

Finally, it was time. Some fans had been in line for 8 hours, and a few catfights broke out with fans trying to cut in line at the sold-out show or while trying to make their way to the front. I witnessed one woman pull another woman’s hair in a tussle for a front spot. Good to see some people are still jerks and have no respect for others. The woman was unwillingly escorted out. Now that was over, time for fun! 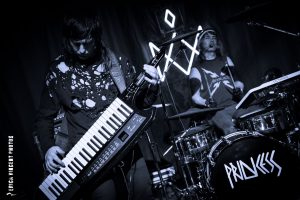 Emerging from backstage, Katz-Bohen took to the stage, making the fans go wild as he began to play the keyboard harmoniously. Followed soon after by Peter Yanowitz on drums and last but not least Hall, who took his spot at the microphone. From the opening notes of their set, the trio was a sight and sound to behold. Penetrating synth ripped through the venue as the night set off on its frenzied voyage; the lights were dim red and blue and remained unchanged for the entire set. Though I can grumble about the lights as a photographer, and my heart aches to see the other tour stops fantastic lighting at other venues, the unchanging lights at Zebulon created its own opportunity to drift away into the dreamscape of sound that is Princess Goes to the Butterfly Museum.

The set was jam-packed with crowd favorites ‘Nevertheless,’ ‘Eat An Eraser,’ ‘Cruel World,’ ‘Ketamine,’ and many more. PGTTBM also is giving fans a preview during this tour. A new track titled ‘Let It Go.’ This new track is everything fans love. Dreamy rock that gets the entire crowd moving and dancing into a shared hallucinogenic dream. I have seen thousands of bands live over the last 25 years, but this is one show that will forever stick in my mind as a favorite. 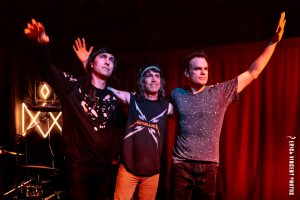 Many were drawn to the show purely due to Hall’s fame as the charming, dark serial killer Dexter. But thankfully a majority seemed to be there for the music. Hall was unfazed by the continuous screams of “I love you” in-between each and every song and show references. Hall was so genuine and down to earth with it all and just took it in stride, responding politely, without prompting more, and with a quick wit and the signature smile. They just wanted to perform the music they had composed. Each member is a well-known musician/performer, but they have come together in this musical adventure. The passion radiates into everything they have released to their fans; it makes a recipe for sensation for this thrilling and extraordinary journey.

Unfortunately, the tour is coming to an end with just a few dates left. Many are wondering when we will see PGTTBM again. Hall said during the set, “We are the kind of band where you won’t hear from us for a while. But then we will pop back up.” I do hope that we hear from them more than what is being alluded to. Regardless, they have eternally seized my adoration of their music, and I will be at any show I can make it to without question, and I hope you feel the same. At the door, you desert all cares of the world and dance, if only for a short while. That is what live music is all about, and Princess Goes to the Butterfly Museum has that power. 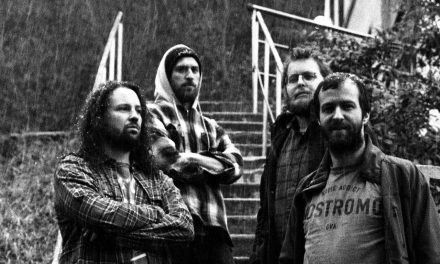 As It Is and Sharptooth at The Teragram Ballroom 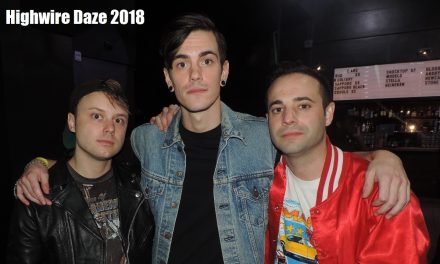 Introducing GROVES: Band On The Rise

Dark Funeral and Noctuary at The Regent