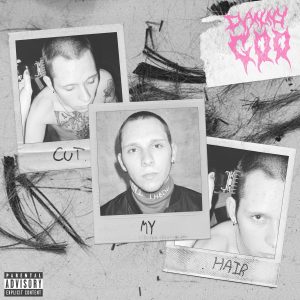 In anticipation of his sophomore EP Butterflies (out July 15th on Atoned Music), his best work yet, Danny Goo has unveiled the music video for his anthemic pop-punk single “Cut My Hair” via The Bad Copy. The song was co-written by Goo, Daniel Wonacott (Finch) and Rich Zahniser (The Hippos) and produced by Kevin Thrasher (Avril Lavigne, Machine Gun Kelly, Travis Barker). It’s by far his most memorable, accessible and relatable song to date. The single will be released digitally on June 17th and can be pre-saved here.

“‘Cut My Hair‘ tells a very specific story of the ups and downs of my first love,” explains Goo. “From the parties we would go to together, how I smoked my first cigarette with her, and watching our relationship end then having to learn how to live without her – even though I so badly wanted to be together.“

Also, Goo has announced an EP release tour with support from Astrophobia and rosecoloredworld. This outing will be kicking off at The Love Song Bar in Los Angeles on July 25th then make its way to Goo’s home state of Texas and conclude in Oklahoma City on August 2nd. Dates can be found below. 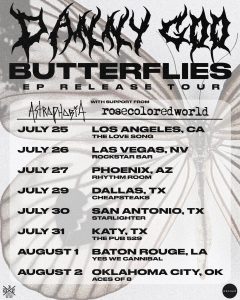 Following a recent move with co-creator/producer JoJo Centineo from their native Dallas to Los Angeles and attracting heavy-hitter producer Kevin Thrasher (Travis Barker, Machine Gun Kelly, Avril Lavigne), Goo is perfectly poised for the next level – and beyond. “I’ve learned so much from moving out of my hometown,” Goo vows. “I have amazing scenery and tons of influence all around me. I’ve been able to collaborate with more people and the sessions are more challenging which forced me to apply myself to becoming a better writer. Overall, it made me a stronger person and a better musician because now I know what it takes.”

The Rocking Reality of The Les Fradkin News – Second Edition