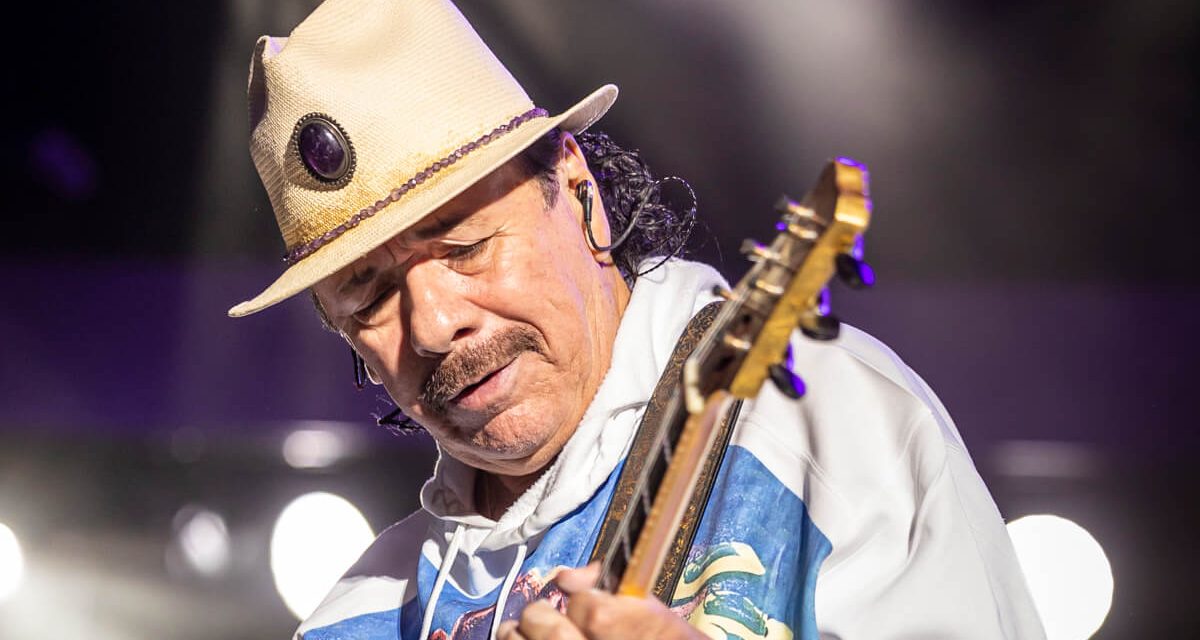 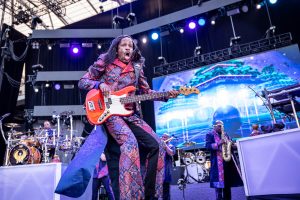 On a very special day in Southern California, the legendary Santana and the iconic Earth, Wind & Fire performed at the massive Banc Of California Stadium on the Miraculous Supernatural 2022 Tour. An event that truly brought music fans of all generations together, a grand and glorious night was in store for all!

After an early opening set for LA’s own WAR, the mighty Earth, Wind & Fire took to the stage to unleash songs from a vast and epic career in music. Opening with their smash hit single Shining Star, Earth, Wind & Fire presented a set of tunes from an illustrious career in music. Lead vocalist Philip Bailey possesses the heavenly vocals and smooth moves that truly make him an unforgettable, impassioned entertainer. And then there’s the very amazing founding member, Verdine White, tripping the light fantastic on mega-pulsating bass. Each and every EWF member on that stage played with a tremendous amount of heart and soul, with classics such as Boogie Wonderland, After The Love Has Gone, and September sounding as innovative and refreshing as the day they were first released! 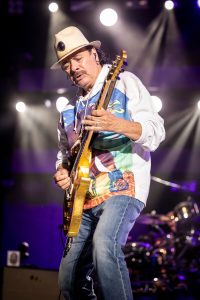 Carlos Santana is one of the very best guitar players on this planet – and within a live setting he does it all – classic rock, hard rock, smooth jazz – even shades of metal may be found within the realm of Santana. And a concert for the ages was presented at the Banc Of California, courtesy of Carlos Santana and the powerhouse battalion of musicians who presented a visionary work of vast sonic artistry. This would include the vibrantly haunting vocals of Ray Greene and the extraordinary drumming of Cindy Blackman Santana.

The hit songs Evil Ways and Black Magic Woman were unveiled early on in the show, enveloping the Banc Of California audience under a warm and wonderful spell of sweet musical delight. Santana’s rendition of the Tito Puente classic Oye Coma Va was sheer brilliance on tap while their cover of The O’jays classic I Love Music had everyone in the crowd up on their feet, singing along and dancing. And the entire concert raged on, with Carlos Santana playing his heart and soul out on guitar; he and his band weaving their mystical tapestries to a spellbound City of Angels crowd. Santana under the stars is an evening to remember for a lifetime! 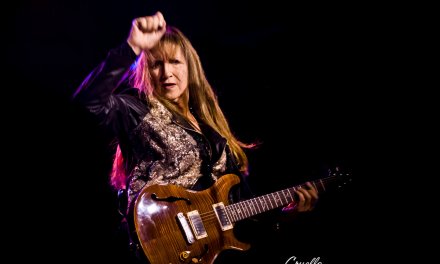 Diane & The Deductibles at The Rose – Live Photos