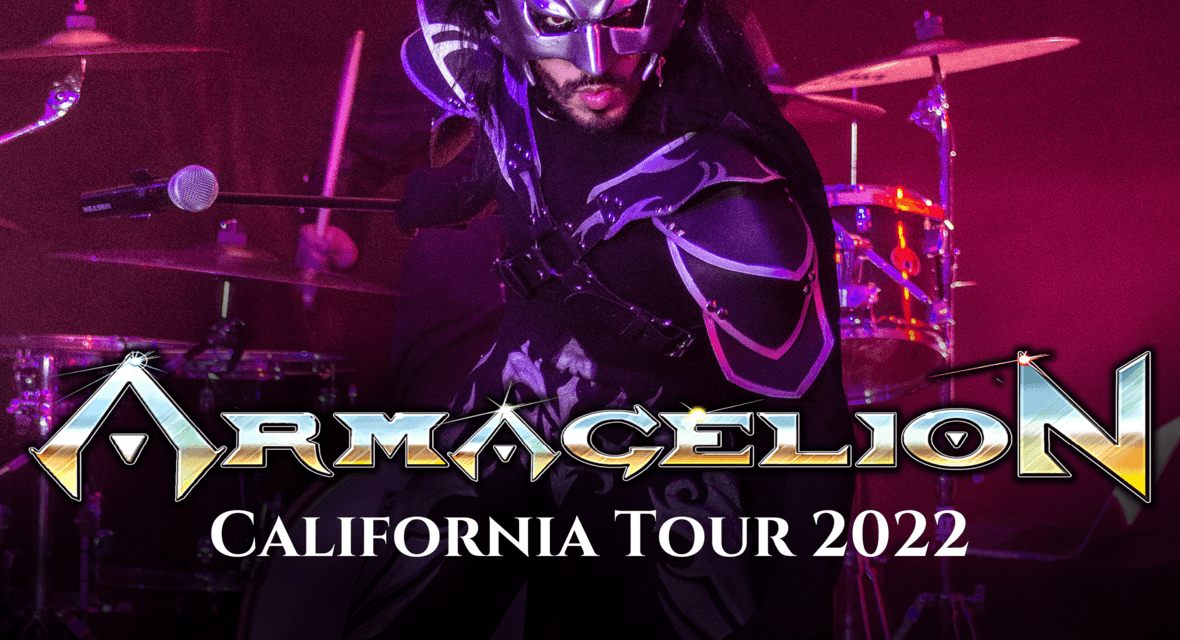 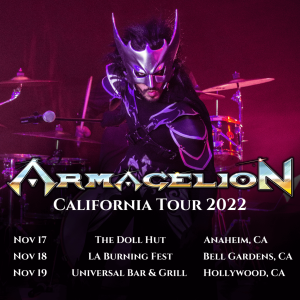 ARMAGELION, the ultimate heavy metal masked hero will embark on his debut California Tour 2022. The divine beast Armagelion will arrive in California, and he will musically burn it down to the ground. Live the Armagelion experience with three consecutive nights of heavy metal madness in Anaheim, Bell Gardens and Hollywood. Along the way, lining up with metal legends such as Riot V, Ross The Boss and Tim “Ripper” Owens at the LA Burning Fest III.

Armagelion will be playing songs from his previously released singles and upcoming EP and full debut album.