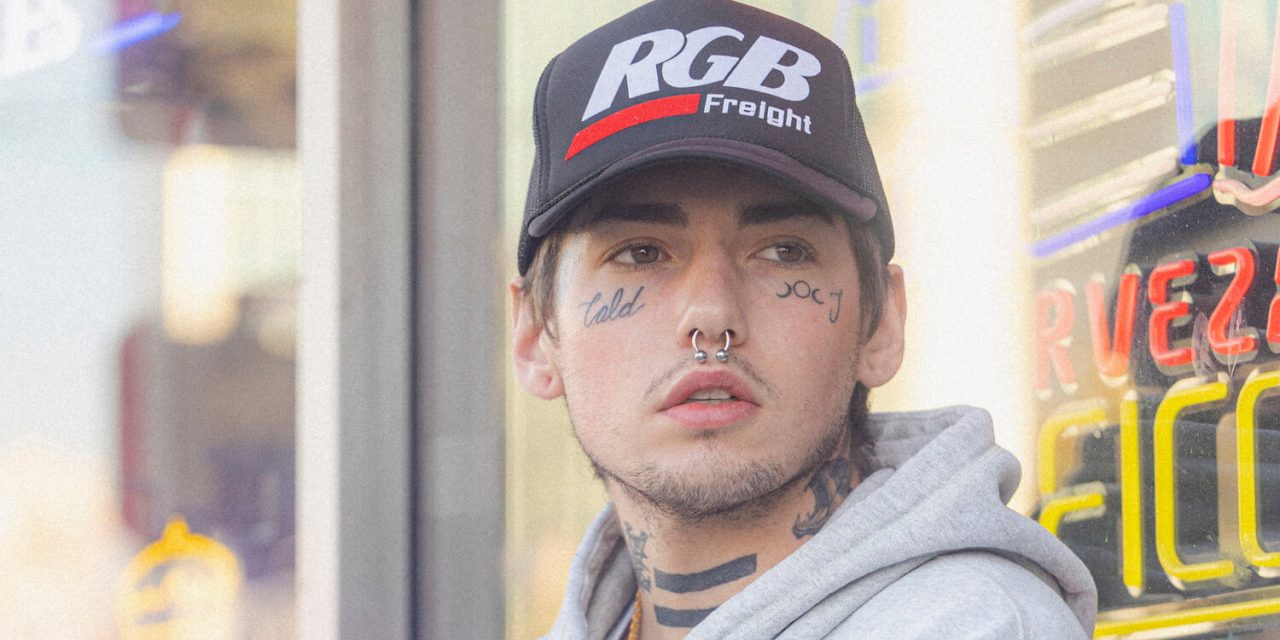 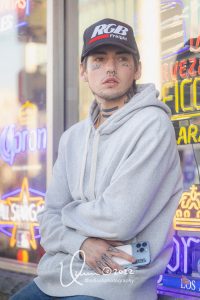 At 21 years old, alternative experimental artist hurt season is already familiar with the concept of evolution. Previously known by the moniker HRT SZN, he feels like the new name and project is a more accurate reflection of him — someone who is less afraid of criticism and more willing to be authentic. Where HRT SZN conformed, hurt season is breaking out of the box.  With a wide range of influences such as XXXTentacion, Pierce The Veil, and even the legendary Santana, hurt season dares to be the “darkstar in the bright sky,” and his music will absolutely tantalize the senses and set the imagination in flight.  Highwire Daze recently interviewed hurt season at a coffee house on the Sunset Strip to find out more about this amazing artist on the rise.  Read on..

What are you doing out here in Los Angeles and what do you think of LA?
I used to live down here, but I’m just on some leisurely travel stuff right now – just recording in and out – shooting new videos.

What was the name of the first song you wrote, how old were you, and what was that song about?
It was actually like that record Jocelyn Flores by X (XXXTentacion). It was a remix of that song. It was just inspired by some emotional shit I was going through at the time. I was going through a breakup, and it was a messy situation. I think it was just Jocelyn Flores Remix – that’s all I called it.

Breakup songs usually turn out the best even though they hurt the worst.
Yeah, I mean depending on what you have to go through to get there. 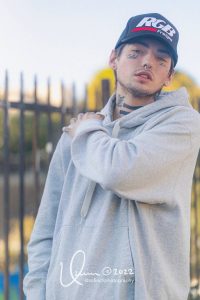 Exactly. Let’s talk about your new songs. What is the inspiration behind your single datreesh?
So, datreesh means “hoe” – so I thought it would be a cool way to get around having that word blocked out in a lot of places. But that shit – I was high as fuck on mushrooms and in the studio – and I didn’t even know what happened – it just kind of came out like that. But I was going through another breakup at that time – so it was just like one after the other after the other – but it seems to work. I was just really talking about a lot of past experiences that I needed to get out, so I could kind of detach and move on a little bit in my life.

Tell me about the other single darkstar and the inspiration behind it. I wonder if this one is breakup song as well?
darkstar was like, I was working with my homie Bingx – he’s from Arizona. I was just fucking around in the studio one day, and he was like “Bro, I got this song for you, and I want you to record this shit.” And I really didn’t think twice about it, I kind of just work on whatever – so I just hopped onto it, and it sounded kind of dope – and we thought just go with it.

What does that lyric “I’m a darkstar in a bright sky” mean to you?
Well, it’s kind of like even if you don’t see the goal of where you’re trying to get to, you just gotta keep going and trust it’s gonna be there. There’s a lot of shit going on around you, but you’ve got to be the one that stands out.

Do you have any new songs you’d like to talk about?
I’ve got this new shit coming out called Tint – we just filmed a video for that last night. I’m making some drone music as well, so it’s kind like that New York sound – like Pop Smoke.

Do you know when Tint will be coming out?
TBD. 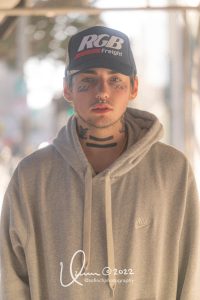 If you could open for any band or artist either now or from the past, who would it be and why?
I would have loved to open for X when he was alive – unfortunately, he passed away. But alive – there’s this artist Kankan – I would be down to open for him.

Have you done any live shows yet?
Nah, I haven’t. Done a lot of rehearsals, but never actually got to the point of performing.

Is this something you’re looking forward to?
Yeah!

In the publicity notes, there was a Santana connection. Tell me about how the music of Santana has affected you throughout your life?
Santana is like a core memory of mine. My family used to go down to Mexico a lot when I was a kid, and we’d just kind of cruise around – my parents would put it on, and I would always fall asleep to it. But as I got heavier into my bout with substances and whatnot, I tended to revert back to it as like a comfort thing. I actually did a killer remix of a Santana song – I sampled Put Your Lights On and I did some shit on top of that – it was dope.

Another band mentioned in your bio as an influence was Pierce The Veil. What is your Pierce The Veil connection?
When I was younger, I never gravitated towards any music as hard as I did with Pierce The Veil. When I was introing into music, it kind of helped my brain connect like having emotions to a state of songwriting. Cuz, I used to write poetry when I was real young, so I just kind of translated it – how I heard them do it a little bit – and it just made more sense. Instead of talking to somebody about how I felt, I would just write the shit down – and see if I could make a little jingle out of it. Their music just helped me figure out maybe that’s what I should do to get some shit out.

What’s up next for you?
Hopefully, some live shows. And we’re just gonna keep on dropping a couple more singles and then I’m dropping an EP and then an album – in like a year all of that shit will be out.

What would you like a listener to remember most after hearing your music for the very first time?
I just hope they like it. That’s how I connect to music – I just like what I like. If they like it, then that makes me happy. And if not, then it’s all good. I’m gonna keep doing my thing.

And to close out the interview, any unusual stories, or happenings on social media with you?
Yeah, definitely. I can’t think of any specific incidents at the moment. I have met up with some girls on Instagram, and they looked nothing like they did on Instagram. And I think that’s problematic, and people should stop doing that.

The Beating Heart of Progressive Rock: An Interview with White Willow